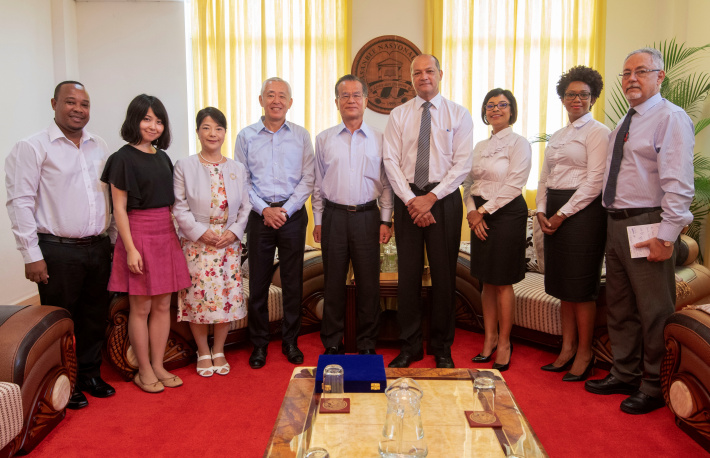 The two delegations in a souvenir photograph

The newly accredited ambassador of Japan to Seychelles, Ryoichi Horie, met the Speaker of the National Assembly, Nicholas Prea, on Thursday this week.

The Speaker welcomed Ambassador Horie and congratulated him on his accreditation.

The friendly discussions focused on strengthening the partnership between Seychelles and Japan in various areas of common interests such as fisheries, tourism and the health sector.

During the meeting both Ambassador Horie and Speaker Prea – who was also accompanied by the chairperson of the International Affairs Committee, Jean François Ferrari; the Clerk of the National Assembly Jutta Alexis and the deputy Clerk, Tania Isaac – expressed the desire to establish a Parliamentary Friendship Association between the parliaments of Japan and Seychelles to share best practices and develop bilateral relations.

Text and photos contributed by the National Assembly secretariat 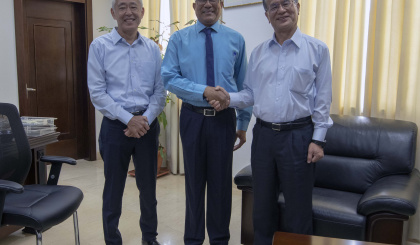 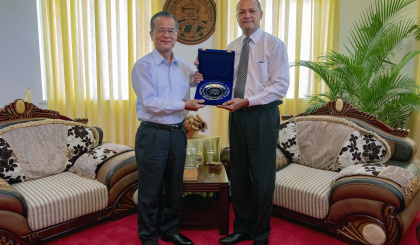