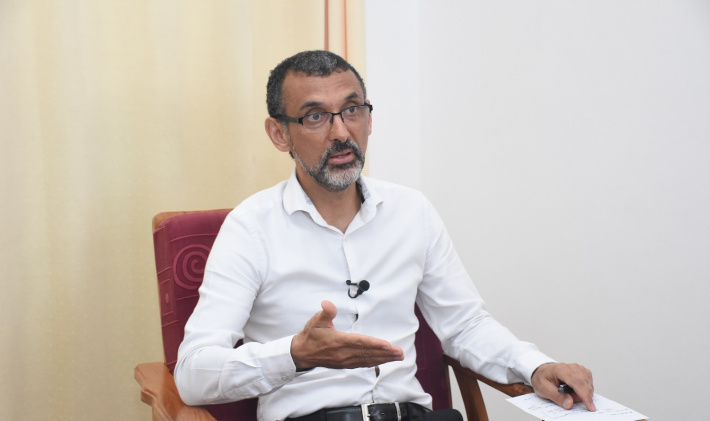 ‘Haemodialysis services will not be impacted’

Following an internal audit and report by the Ministry of Finance, Trade, Investment and Economic Planning, the Health Care Agency (HCA) and provider of haemodialysis services at Seychelles Hospital, AMSA Renal Care, are negotiating the terms of their agreement and the settlement of outstanding receivables amounting to R40.9 million from AMSA over a three-year period.

According to the chief executive of HCA, Danny Louange, the agency, under the Ministry of Health, has since yesterday morning assumed responsibility for the transportation of patients requiring dialysis, from home to the dialysis centre and back through private company D&G Shuttle, after AMSA issued a letter stating that it will discontinue transportation services as of yesterday, November 11. According to Dr Louange, transportation of patients is not a condition in the 10-year agreement between the two entities.

HCA has also assumed responsibility for providing meals to patients, despite no official decision that AMSA will discontinue food provision services on account that patients have since last week been given sandwiches as opposed to hot lunches.

The negotiations between HCA and AMSA, a private company who started offering dialysis services at Seychelles Hospital since April 2015, commenced in August after the audit report indicated AMSA owes HCA a total calculated amount of R40.9 million, for the period spanning April 2015 to December 2018 for medical consumables, medicine, utilities and incineration services provided by HCA over the three-year period.

The audited was conducted following a recommendation by the Financial and Public Accounts Committee (FPAC) of the National Assembly, to renegotiate the agreement between the two entities last year.

“AMSA is not in agreement with the sum, despite numerous discussions. The negotiations have been at different levels, including technical, and higher levels and still it has been difficult to reach a consensus and AMSA is yet to come up with a payment plan so we have been authorised by the Ministry of Finance, not to release any payments for the sessions of haemodialysis that has been performed by AMSA for patients. The outstanding payment is from August 2019 and amounts to about R20 million outstanding. We are retaining these payments until we have exhausted the negotiations with AMSA, especially if AMSA can come up with a clear plan on how to settle that amount,” Dr Louange noted.

The Ministry of Finance has authorised HCA not to release payments as per the Public Finance Regulations until a consensus has been reached. As per the agreement, after a five-year period, the two parties can review the contract and renegotiate certain terms, some of which are unclear and ambiguous and has led to confusion as to which party is required to pay what.

“We assure patients, relatives and the general public that we will ensure that the service and level of care is not impacted and that they will not experience any inconveniences. We are formulating a plan so if anything happens, we can take over. We do not want our patients to suffer through an interruption in the service and we urge them to also offer their support during the negotiation period,” Dr Louange stated.

Haemodialysis services are provided between Mondays to Saturdays from early morning with the first patients being collected at home from 4am. The first session usually starts around 6am and there are two sessions daily with around 48 patients in a single session.

There are 171 patients on Mahé and 5 patients on Praslin. No services have been disrupted on Praslin where HCA was already providing transportation services.

Seychelles gets anti-tuberculosis medications from India |14.09.2022