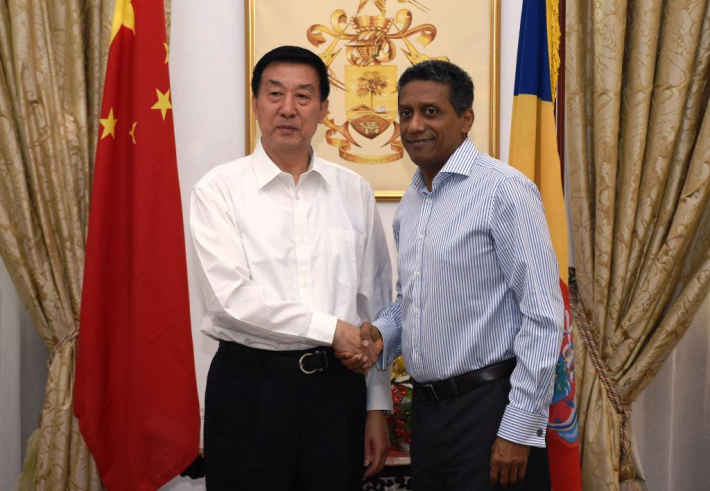 Mr Wang is on a three-day official visit here.

Apart from holding talks with President Faure and other government officials, Mr Wang also visited some of Seychelles’ cultural heritage sites and projects granted to Seychelles by the Chinese government.

The Chinese State Councillor and his delegation arrived on Wednesday night onboard a special chartered flight and was met by Vice-President Meriton, PS Confait, Ambassador Fock-Tave and Ambassador Guo.

Mr Wang continues with his visits today before leaving the country later in the evening.

Mr Wang is a politician and he has been serving as a State Councillor since 2013. He is the former chairman of the state-owned Assets Supervision and Administration Commission (SASAC).

From September 2008 to August 2010 he was the director of the General Administration of Quality Supervision, Inspection and Quarantine (AQSIQ) and in 2010, he was named the 62nd World's Most Powerful Person by Forbes magazine.