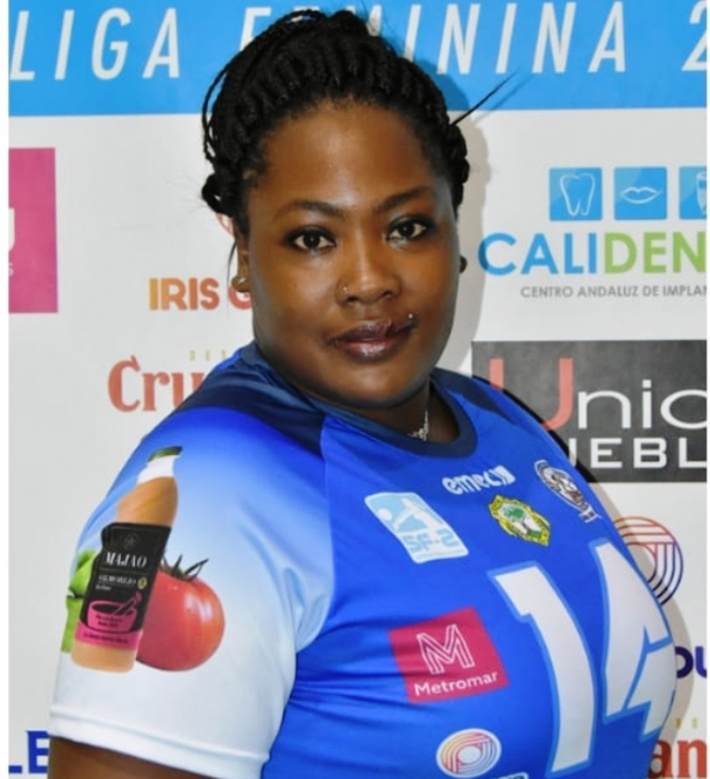 Marielle Bonne is now plying her trade in Spain

After being held hostage for over two years by the Seychelles Volleyball Federation, along with her mother Jerina for refusing to play for Seychelles at the Commonwealth beach volleyball tournament in Sierra Leone, Marielle Bonne is finally back in action, playing in the Spanish second division (Superliga 2).

Formerly of Anse Royale-based Arsu, Marielle and her mother Jerina were handed five-year-bans by the Seychelles Volleyball Federation (SVF) after they withdrew their involvement in the Commonwealth Games beach volleyball qualifying tournament.

The pair publicly withdrew from the event in front of the TV camera at the presentation ceremony for the travel documents and uniform.

According to Marielle on that day there was misinformation, causing some serious problems, including her request for release from work.

She also added that there was nothing official given to them and not even their club knew that they were leaving for the competition.

Following the incident, the Bonne duo have not been involved in matches as players for Arsu, but both of them brought their support to their club at every single match.

Two years into their ban, Marielle is now playing in Sevilla, Spain and according to a reliable source, Sports NATION learned that it was the SVF’s secretary general Terry Servina who authorised the transfer.

Explaining his action, Mr Servina firstly noted the ban did not specify whether it was applicable only locally, or internationally as well.

Secondly, he noted that being the only person with access to the local Fédération Internationale de Volleyball (IFVB) Vis (volleyball information system) application, he simply signed off to get rid of the pending requests, which according to him gives a bad image to the country’s volleyball.

The FIVB Vis application is the complete volleyball management system which allows the FIVB, national federations and event organisers to manage the management of and participation in FIVB, continental, zonal and national events.

Mr Servina further noted that he acted in good faith and with no intentions of causing any dispute between anyone.

Hats off to Mr Servina for using his given power to allow a Seychellois player to showcase her talent and ability, instead of being punished and be made as an example.

In her first match for her new club against top-of-the-table CAEP Soria, Bonne was described as “instrumental”, leading MVC to one of their best performances in years, including the best blocks in the club’s history.

MVC lost the first set 18-25, before Bonne was introduced into the match to turn things around drastically.

Under the guidance of coach Kiko Terrero, MVC were not intimidated by their opponents and gave all in the decisive set even if they lost it 12-15, earning them a golden point which lifted them to ninth overall in the 12-team ranking.

As for CAEP Soria, the point they dropped cost them first place as they have dropped to second position on the table.

The Mairena Voley Club was created in 1997 and over the years, the club has experienced a logical but spectacular evolution in all aspects although the essence and philosophy have been maintained since the genesis of the club, sports and competitive expectations offer a renewed, more ambitious entity and with a structure adapted to the needs that exist today.

Professional volleyball is not new to Marielle who previously had a five-year spell in France where she was involved with three clubs altogether, all hailing from the ‘Excellence’ division, one class below the ‘Pro-A league’ – the top volleyball tier in the western European state.

In 2008, at the age of 18, she joined ‘Tulle Naves’ and plied her trade at the club for two years before she was lured to ‘Amiens’, a team from the same league.

She then evolved at ‘Amiens’ for a year before ‘Harnes’ came knocking as they bolstered their team in pursuit of ‘Pro-A’ volleyball’.

Bonne remained at ‘Harnes’ for the remainder of her professional career, but the chance to play in the much-anticipated ‘Pro-league’ never materialised.