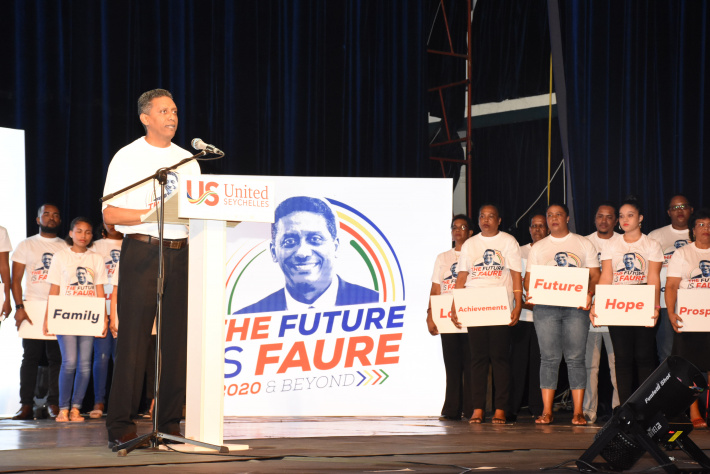 Incumbent president and United Seychelles (US) presidential candidate for the upcoming election, Danny Faure, officially launched his party’s campaign on Saturday at the ICCS.

‘The Future is Faure – 2020 & Beyond’, his slogan for the election, was unveiled during the ceremony attended by a large number of US supporters from across the country.

Mr Faure however did not announce his running mate for the post of vice-president during the event, as initially anticipated by many.

In his speech, Mr Faure underlined his vision for the future of Seychelles and noted that he is the best candidate to lead the country for the next five years.

“This boat called Seychelles needs a good captain. One who does not spend his time talking about and criticising bad weather, but one who prepares for and overcomes bad weather.”

“I have not been disheartened by any insults, provocations, distractions and obstructions. I have remained firm, I have stood strong because I am convinced that the future of Seychelles is strong,” Mr Faure expressed.

He added that a lot has been achieved during his three-year term and that he remains committed to bringing Seychelles to greater heights.

Mr Faure stated that the country needs a leader who is calm, as he has been over these last three years; someone who is able to sit down and discuss pertinent issues without conflict.

“We need a leader who can work for Seychelles without partisanship but who rather takes merit, competence and compassion into consideration.”

Taking his usual stance that ‘Seychelles is greater than anyone’, President Faure highlighted that Seychelles needs a unifying force.

Mr Faure further stated that his vision is to continue to build and improve on the country’s “world class” economic accomplishments.

Mr Faure will be revealing his list of priorities for his next potential mandate over the course of the coming months.

Mr Faure took on the post of president in 2016 after his predecessor, former President James Alix Michel, resigned.

He has never stood as a presidential candidate in an election prior to this upcoming one.

He is also the first president, since the return of multi-party in 1993, to take the lead of the executive branch of the government while the opposition party holds a majority in the legislative branch.

This has been coined as a state of ‘cohabitation’, but which has led to brewing tension between the two sides over the past year.

The ceremony on Saturday also saw a number of performances by various artists who animated the evening and expressed their support for the incumbent president to continue on in his role.

Interspersed were a number of speeches, also giving support to Mr Faure.

Some of the speakers included Ambassador Marie-Pierre Lloyd, parliamentarian Sebastien Pillay, young US supporter Hitcham Hoareau and businessman Suketu Patel who addressed the crowd via a video.

On his part, party president Vincent Meriton stated that the future of Seychelles is more important than anything else and called on US supporters to not become distracted by rumours.

United Seychelles, formerly Parti Lepep/SPPF/SPUP, has never lost a presidential election since 1993 although it sustained its first legislative election defeat in 2016. 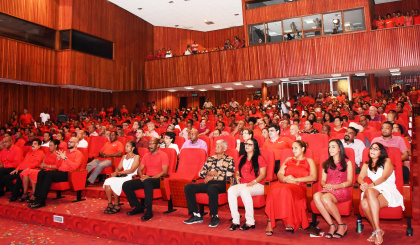 A view of the crowd (Photo: Louis Toussaint) 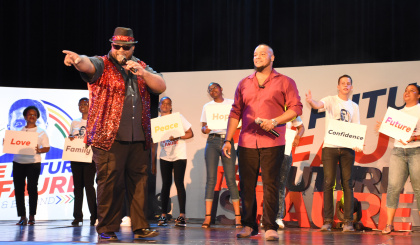 One of the performances (Photo: Louis Toussaint)