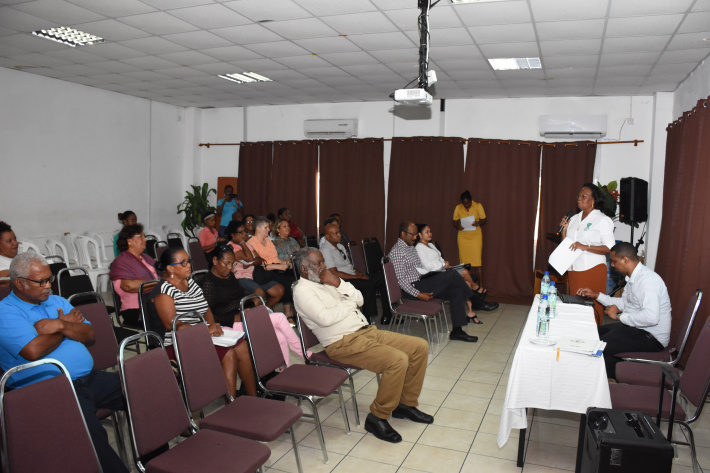 World NGO Day, celebrated yesterday, is an important annual event for non-governmental organisations to showcase their achievements, as well as allowing small, grassroot organisations to gain the recognition they deserve.

The day is meant to inspire people to become more actively involved within NGOs, encouraging more collaboration between NGOs and commemorating the role of individuals who dedicate their lives to the important work of the NGO sector.

This year’s theme is ‘Why do we need NGOs ?’

World NGO Day is a day for NGOs around the globe to share knowledge and experiences with one another, an opportunity for education, enabling individuals worldwide to understand more clearly what NGOs are doing for society locally, nationally and internationally.

An international symbol that displays the efforts and achievements of all NGOs from all sectors, and an opportunity to inspire people to consider a career within the third sector, it also provides for individuals to learn more about the people behind NGOs and gives the NGOs an opportuniy to discuss the issues that affect their work, and form partnerships that can resolve a mutual problem.

In attendance was Vice-President Vincent Meriton; the chief executive of Ceps, Michelle Pierre; Marie Nella Azemia, the vice-chairperson of Ceps board and various NGO representatives.

“NGO day is an internationally celebrated day so it is not an exception for us to honour this day as we have one hundred plus NGOs inSeychelles,” said Mr Pierre.

On his part Vice-President Meriton added that the government acknowledges the roles that NGOs play in the community.

“I’m delighted to be able to thank our community partners in person for the important work they do,” he said.

VP Meriton continued by saying that collaboration between the government and NGOs is very important as one cannot exist without the other.

“Their knowledge and expertise strengthen our response and ensure families are able to access the right kind of support at the right time they need it,” said the vice-president.

Mrs Azemia started off with a presentation on the importance of having an NGO in a country and the benefits they bring to a country.

She talked about the benefits of volunteerism and the positive impacts it has on people. She further noted the contributions made by the different NGOs in Seychelles such as ‘Les li Viv’, which is a pro-life organisation that has helped over 107 teenage mothers since 2013.

Nature Seychelles is another NGO that has been helping the environment for decades, Mrs Azemia noted, adding that it managed to single handedly save over 24,000 corals in their coral nursery among many other projects that has benefited the country.

Dr Victorin Laboudallon, who is the chairman of TRASS Seychelles and inner islands environment committee, gave a testimony on his many years working for his NGO.