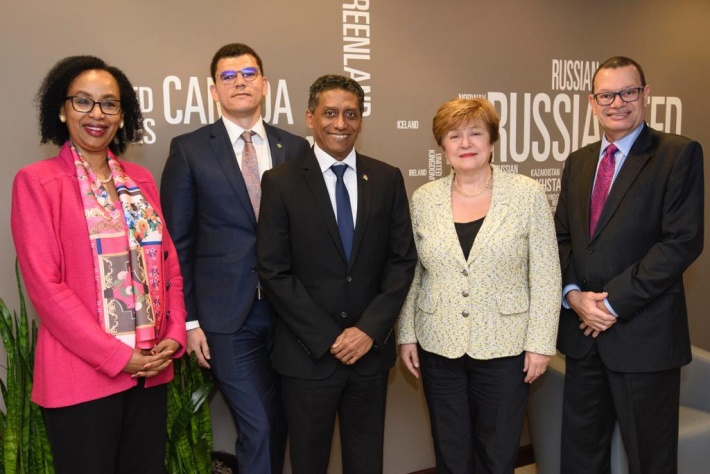 World Bank chief executive Kristalina Georgieva has heralded Seychelles for its leadership in the environment sector and inspiring other countries both in the region and worldwide.

She said this during her meeting with President Danny Faure on Thursday morning at the World Bank headquarters in Washington DC, United States of America.

The president expressed his gratitude to the World Bank for its help in developing the blue bond.

The discussions included financing the Seychelles Coastal Management Plan 2019-2024 which was developed with the support of the World Bank and looks at the necessary actions required to reduce the impact of erosion, flooding and other climate change effects on the country’s coastline.

The various projects and programmes will cost an estimated US $13.1 million (R180 million), and the World Bank agreed to help the government in raising the necessary financing under the institution's climate change mitigation and adaptation portfolios.

President Faure also followed up on the issue of marine debris which he raised with Mrs Georgieva at Canada’s G7 summit in Charlevoix in June last year. One particularly complex issue is how to dispose of the waste cleaned from the beaches and the environment.

The World Bank gave its commitment to using its resources to push for ways to deal with plastic consumption and disposal and to identify technologies which will allow Seychelles and other countries to better deal with the waste washing up on their shores.

On Seychelles’ part, the government would continue its efforts to keep the issue on the global agenda and maintain Seychelles’ status as a leader on environment conservation and curbing the use of plastic.

Finally, the World Bank expressed its desire to help Seychelles lower the climate and environmental impact of electricity generation. The International Finance Corporation – a subsidiary of the World Bank – is already engaged with the government in exploring the potential use of liquified natural gas (LNG) to produce electricity.

However, the World Bank is also interested in finding innovative ways to help in further developing renewable energy, particularly solar power, in a country like Seychelles, where land is scarce. 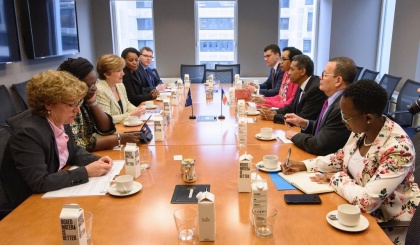 The Seychelles (right) and World Bank delegations during the meeting