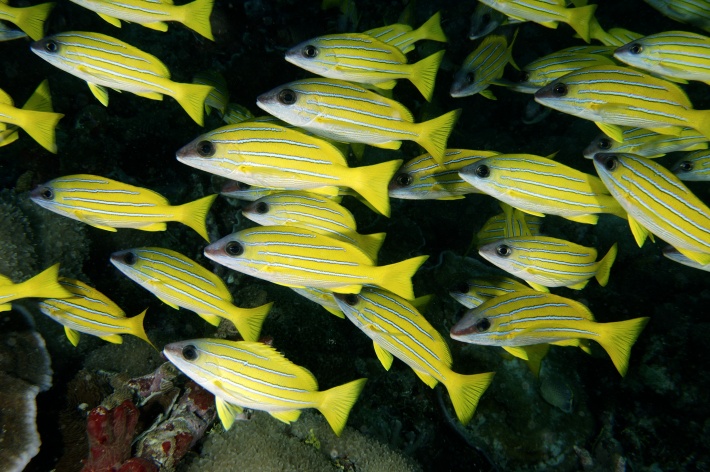 Dr Nathalie Bodin from the Seychelles Fishing Authority (SFA) presented a summary of the joint research the Seychelles Island Foundation (SIF) and SFA have been doing into fish populations at Aldabra and the Mahé Plateau.

Aldabra’s marine resources have been strictly protected and conserved since the early 1980s and its fish community spared from negative human impacts such as overfishing. Unsurprisingly then, Aldabra has among the highest fish biomass in the Seychelles. The SFA and SIF have teamed up to research the effect of human fishing pressures and assess how fish populations on the Mahé Plateau and the outer islands are linked.

The demersal (seafloor fish) structure research project aims to study the population of the fish between the Mahé Plateau and the outer islands by undertaking genetic analysis on fish which are sampled from these areas. This analysis looks at genetic differences in fish populations to gain insights into how these populations are structured (by gender or age).

The project also studies habitats and food web dynamics between the islands using a multi-tracer analysis. This is a technique which tracks the presence of a large panel of essential nutrients such as minerals and polyunsaturated fatty acids, and contaminants such as mercury, which can’t be broken down and are accumulated in fish through life and up the food chain. This research tells us about the food resources available to the fish and how they are consuming them.

The project selected two groupers, one snapper and one emperor, as bioindicator fish species. So far, 127 fish from Aldabra and 175 fish from Mahé Plateau have been sampled. Preliminary results on multi-tracers showed significant differences in some minerals with higher levels of copper, iron, selenium as well as mercury and cadmium in fish from Aldabra compared to Mahé Plateau. This was however species-dependent. The remaining results from the multi-tracer approach and results from the genetic analysis are needed to understand better the dynamics of demersal fish populations in the Seychelles waters, and will be used for sustainable management for the fisheries.

Katy Collins, research volunteer at the Vallée de Mai, presented her findings from her data analysis on phenology.

Research staff at the Vallée de Mai have been collecting data on plant phenology over the last ten years. Phenology is the study of seasonal plant and animal life cycles, using global climate change research to monitor, understand and predict the timings of recurrent events in nature.

The aim of this research is to determine when plants produce flowers and fruit, how these events respond to climatic factors such as rainfall, what links there are between fruiting events and the black parrot breeding season, and whether any plants need immediate conservation action.

Currently, 90 individual trees of 18 different species are surveyed by two members of the research team, every two weeks. Surveys consist of estimating the percentage of buds, flowers and fruits, then, if there are fruits, the amounts that are ripe are also estimated.

Katy has been looking at the data collected in the last 10 years to try and answer these research aims. Analysing the data can help us to understand how the plants are likely to respond to climate anomalies such as periods of drought or flooding. If we can discover links between the plants and the black parrot breeding season, then we can predict what might happen as our climate changes, and help conserve the unique ecosystem at the Vallée de Mai.

Annabelle Constance, PhD student at the University of Zurich, presented her research into Aldabra’s mangrove forests via video.

You have probably heard that mangrove forests are decreasing globally. This is certainly true in most of the Seychelles, but what about islands like Aldabra, where there is limited human influence?

Mangroves are an important nutrient source for a whole host of species living in and around Aldabra Atoll including sharks, birds, mammals and invertebrates. Some mangroves assist with soil development by holding soil together, which in time allows for mature forests to develop on the atoll. This then creates a habitat for wildlife which can use the forest to shelter. Since the 1980s, 35% of the world’s mangroves have been lost to development and conversion. In addition, sea level rise in the Indian Ocean has accelerated over the past decade, which further threatens mangroves.

Annabelle wants to understand how the mangroves on Aldabra are responding to these changes. She used satellite images to track how the size of the mangrove forest had changed on the atoll over the years, and found that it had actually increased substantially between 1995 and 2009! However there were also areas where mangroves were lost, particularly some of the mature forests on Malabar. She will be further analysing these changes to understand why they are happening.

Annabelle will be carrying out field work in Aldabra in 2019 to research the mangrove species and their environments. She will also use modelling to understand the drivers of change which are affecting these forests.

If the mangrove habitats on Aldabra were to decline, this could have severe implications for many biological communities on the atoll. Annabelle hopes her research will improve our understanding of mangrove ecology in low-lying islands so that we can better detect and predict changes in these important habitats. 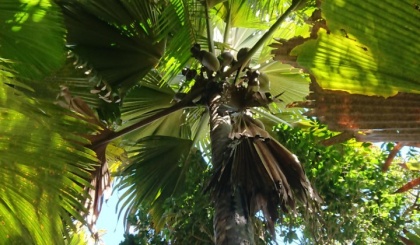 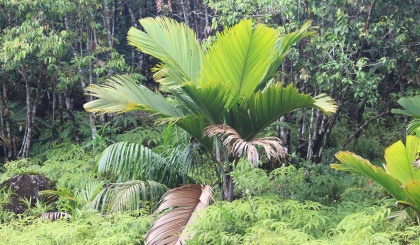 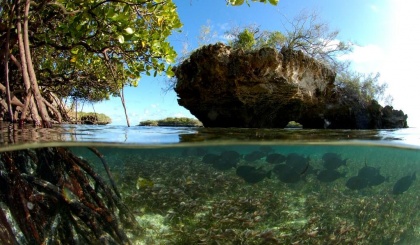 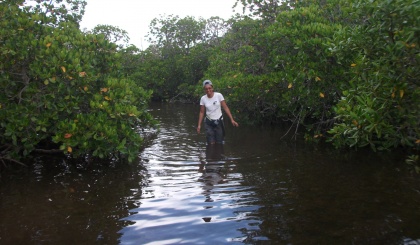 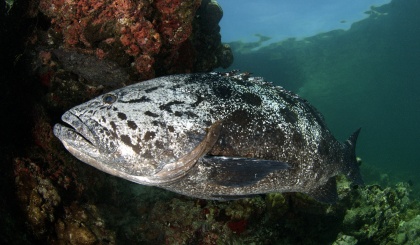