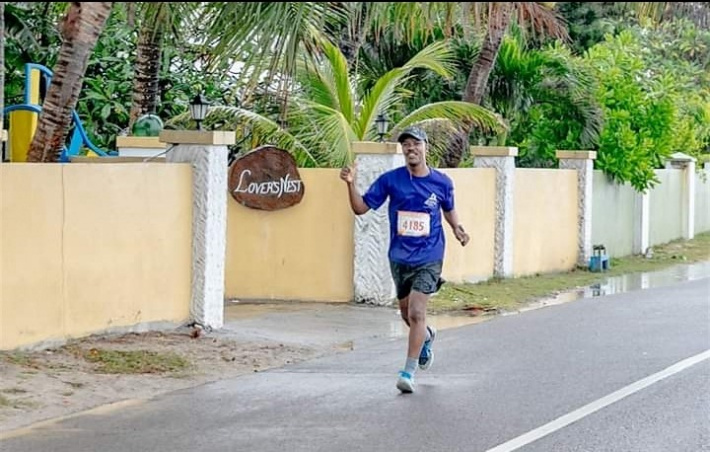 Michael Bijoux in a league of his own

After dominating the first two weeks of the virtual races organised by the Eco-Friendly Run committee, Seventh Day Adventist pastor Michael Bijoux was still unbeatable after the third week of the series.

The virtual runs are being organised to keep running enthusiasts motivated while the social distancing restrictions are still being enforced due to the coronavirus (COVID-19) pandemic.

After dominating the Master 2 category, winning all three races – 3km, 5km and 10km – during the first two weeks, pastor Bijoux added the 21.0975km half-marathon to his do list during week three where his finishing time was 1 hour 47 minutes 36 seconds (1h47:36).

In the 5km run, though finishing on top, pastor Bijoux registered a slower time than the previous week, completing the run in 19:44, compared to 19:21 during week two.

Jeyasingh finished second in 22:49, leaving Alain Bizmohun in the third position after completing the run in 24:35.

Eddy Bistoé finished fourth in 25:10, ahead of Erica Charles (fifth place) and Bettina Estro (sixth place) who clocked 32:04 and 41:00 respectively.

Annabel Ronna Pillay was seventh overall in 41:04, ahead of eight-placed Zsaklin Miklos who clocked 41:44, while Alan Hall finished ninth overall in 43:17.

For the 10km run, pastor Bijoux was once again short off his week two result, clocking 40:44, compared to his best time of 39:59 achieved during the previous week.

Second in the category was Jude Marie who clocked 42:35, finishing ahead of Jeyasingh whose finishing time was 49:43.

Bernard Ngulube was fourth overall in 52:41, ahead of fifth-placed Miklos who clocked 1h14:00.

The organisers are inviting more runners to join the series and they can send their results to the Eco Friendly Run office at Oceangate House Annexe which is open each weekday from 9am to 4pm and they are always welcome to visit.

Just to remind those interested that a virtual race is a race that can be run (or walked) from any location you choose.

One can run, jog, or walk on the road, on the trail, on the treadmill, at the gym, or on the track (or even at another race).

You get to run your own race, at your own pace, and time it yourself.