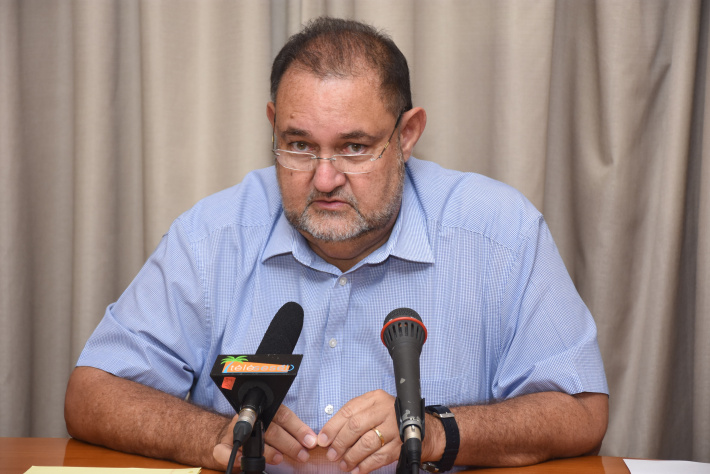 The Island Development Company is in the process of revamping agriculture on the outer islands and is also looking into the possibility of redeveloping the prawn farm on Coetivy island.

Islands Development Company (IDC) chief executive Glenny Savy said in an interview recently that the company is in talks with the local farmers’ association and private individuals who will be interested to work privately or in partnership with the IDC to develop agriculture and aquaculture on the outer islands, mainly on Coetivy which has the potential for large scale agricultural production and prawn farming.

“There is an outcry out there that there are no agricultural activities on the outer islands. This is totally false. Most of our islands are still doing a bit of agriculture to sustain their own needs. But on Coetivy more particularly, a lot of agricultural development has taken place,” Mr Savy said.

He explained that in the 1980s, the IDC was 100% involved in agricultural production and it was one of the biggest suppliers of all types of vegetables and meat including turtle meat which was later banned on the local market. Mr Savy also pointed out that the IDC was also among the biggest copra producers in the country. Furthermore, he said, agriculture on the islands was seen by the government as a way to reduce unemployment and therefore the large number of people employed contributed to the vast amount of fresh agricultural produce on the market at that time.

Mr Savy pointed out that the IDC had its agricultural production quota reduced by government to provide a share of the market to farmers on Mahe, Praslin and La Digue who had joined the sector and started production in the 1980s, so that they could sell their produce.

He further said it was as a result of the increasingly high cost of agricultural production, reduction in quota, the ban on the sale of turtle meat and other seafood which resulted in the IDC losing revenue, forcing it to venture into diversifying its activities.

He claimed that with the approval of the IDC, a lot of private farmers have attempted to do agriculture on the outer islands but have failed due to a lack of manpower and the high production costs.

With regard to aquaculture, Mr Savy said the IDC is looking into the possibility of using the infrastructure already in place on Coetivy for prawn farming either in partnership with the private sector or on its own.

He added that the activity will involve a lot of people, in particular those with the right expertise from overseas. He claimed that the IDC would be able to produce the 100 tons of prawns needed every year on the local market.

“COVID -19 has affected 50% of our activities, especially in tourism, which amounts to between 60 and 70% loss in revenue. A lot of work had to be curtailed due to the coronavirus,” Mr Savy said.

He added that it was due to these unforeseen circumstances that the IDC has, as a strategic precaution, diversified its activities for added revenue by venturing into construction, services and agriculture.

“Redundancy will be one of my very last options because our staff are our assets. So I will make my utmost to safeguard our assets,” Mr Savy stressed.

He went on to explain that the IDC was categorised as an essential service provider during the lockdown because it has under its responsibility all utilities, food supplies and medical evacuations on all the outer islands. He stated that all of the services for the islands were handled by a dozen members of staff working at the headquarters including some working from home, during the lockdown.

Meanwhile, the IDC is expected to give more details on its agriculture and aquaculture farming plans in the near future. 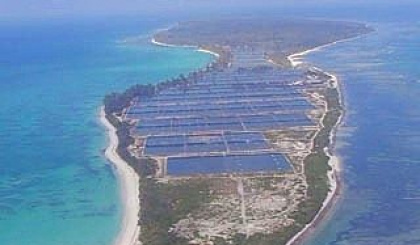 Prawn ponds on Coetivy island. IDC is looking into the possibility of using the infrastructure already in place on the island for prawn farming either in partnership with the private sector or on its own