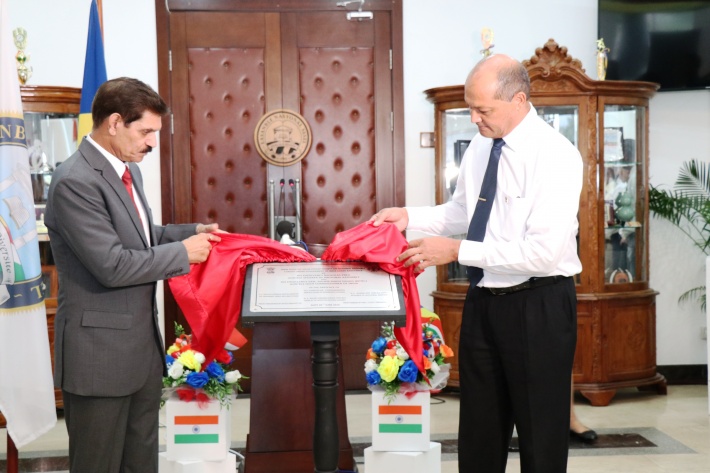 Both dignitaries led the ceremony by unveiling the plaque in the presence of the leader of government business, Charles de Commarmond, deputy speaker Ahmed Afif, Environment, Energy and Climate Change Minister Wallace Cosgrow, members of the National Assembly, other government officials, management staff of the secretariat and staff of the Indian high commission.

The solar panel was made possible through a grant from the Indian government in collaboration with the Public Utilities Corporation (PUC).

The 90kWp solar photovoltaic system will produce about 126,000 kWh per year, which translates into annual savings of R616,169 on the National Assembly’s electricity bill at present tariffs.

The National Assembly of Seychelles spends a significant proportion of its annual budget on generating electricity from diesel engines and since this system is connected to the grid, it is expected that there will be a large reduction in diesel consumption.

This project is in line with the institution’s strategic priority of taking the lead in environmental sustainability and reduction of carbon footprint.

So far the National Assembly has undertaken a successful sustainability assessment with Sustainability for Seychelles, with the setting up of a rainwater harvesting system, banning the use of plastic bottles, reducing the use of paper and also starting composting. 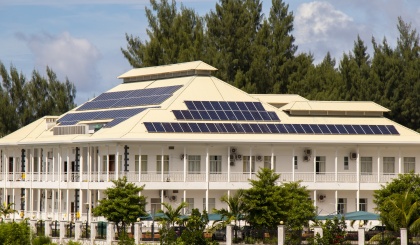