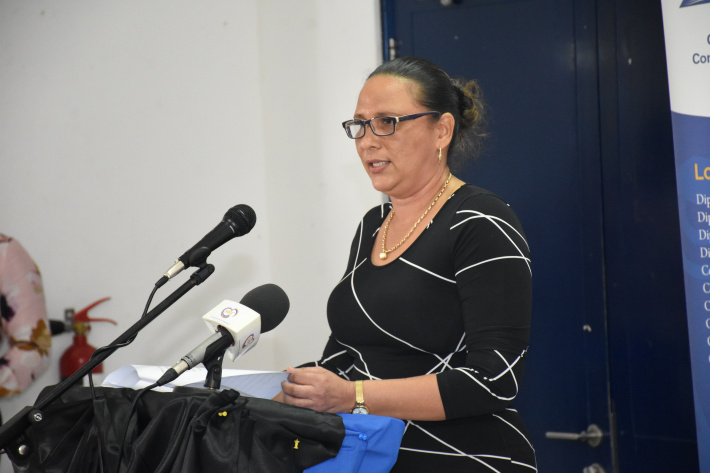 Thirty-one youths in the second cohort of the ‘Prepare for Work’ programme received their certificates on Friday at The Guy Morel Institute after successfully completing their four-month training.

Initiated by the Ministry of Employment, Immigration and Civil Status in collaboration with The Guy Morel Institute (TGMI) last year, the ‘Prepare for Work’ programme provides the youths with a transformative process and a second chance to be the best of themselves.

It is open to youths, aged between 15 and 35 years, who were unable to get into a post-secondary institution or complete their secondary studies.

The group who graduated on Friday is the first cohort for 2020 but the second cohort since the programme started.

The certificate ceremony was attended by the Minister for Employment, Immigration and Civil Status Myriam Telemaque, director general of the employment programme Letimie Dookley and executive director of TGMI Shella Mohideen, as well as the graduates’ parents.

During the ceremony, four outstanding students were also rewarded for their effort and performance.

These were Elicks Rapide who received the ‘best performer’ award, Prishilla Pierre for ‘best effort’, Kelcy Casime for ‘best conduct’ and Nathaniel Cambra for ‘best attendance and punctuality’.

Seventeen-year-old Elicks Rapide explained that the programme’s course helped him a lot to develop his skills for interviews, presentations and computer work.

He is presently interning at a clearing and forwarding agency, and is hoping to further his knowledge through another course.

On her part, 19-year-old Prishilla Pierre received the honour of giving the vote of thanks which she did with much gusto, proving exactly why she received the award for best effort.

“I put a lot of determination and devotion towards the programme and even when I felt discouraged, I kept going forward. I was very active in the classes because the topics were very interesting – I think this is why I won the award,” Ms Pierre stated.

She noted that she was very impressed with ICT course in which she learned a lot.

Although she has yet to decide on a future career, Ms Pierre described her three-month experience at TGMI as transformative and life-changing.

Timothy Sinon, head of the ‘Prepare for Work’ programme, explained that the programme is aimed at transforming youths, not only in regards to academics but also attitude and behaviour wise.

“We had a mix of students in the class. When we started we had some who were de-motivated, some with low self-esteem and others who just came for the sake of it.”

“They were a little tougher than the last cohort and Covid did not help us because we had to cancel classes only two weeks in. But we worked hard together and I’m happy to say that we have had an 80% succession rate. There are only four that we feel needs some work,” Mr Sinon added.

All of the 31 graduates are undertaking an on-the-job training programme after which they enter formal employment.

TGMI and the employment department hope to start similar work with a third cohort although this is yet to be finalised.

Approximately 400 secondary school leavers fail to make it into the different professional centres each year while some exit secondary schools even before completing S5.

‘Prepare for Work’ is their second chance at acquiring skills for the world of work. 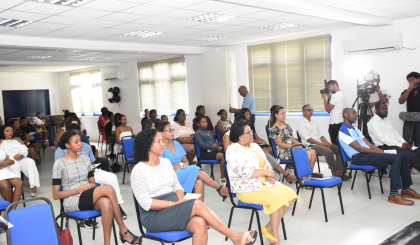