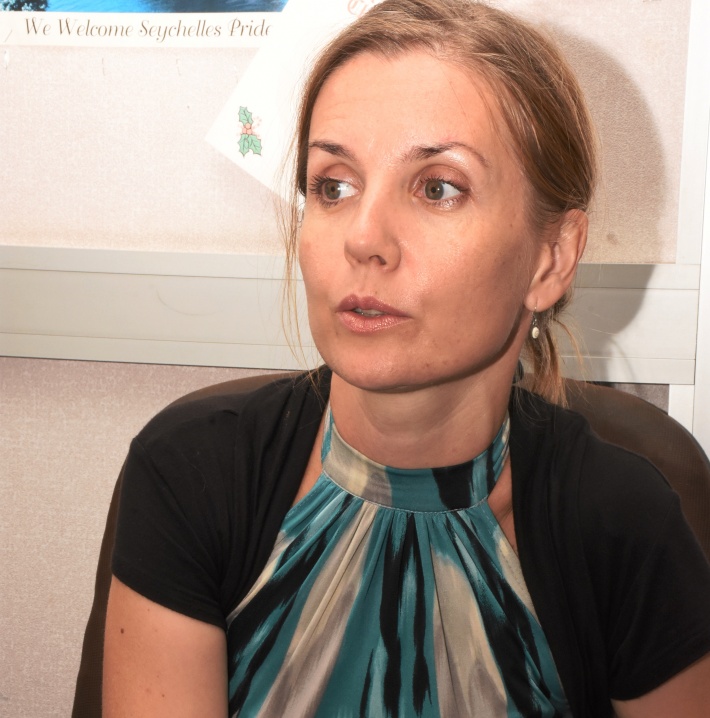 Marina Shamova, a clinical psychologist, has been offering psychological services through her own private practice since December last year and with the ever increasing pressure impacting on people’s lives, she says the number of individuals seeking psychological support is continuously rising.

The young psychologist has in fact been working in Seychelles since 2016 when she was recruited by the Ministry of Health to work in the Mental Health Unit.

“After working in the ministry for two years, instead of renewing and extending my contract I decided to open my own private practice because it is much better to provide psychological services according to world standards than in a public health system,” Ms Shamova stated.

Asked what prevented her from providing such services while working at the Ministry of Health, Ms Shamova said the hospital setting is not designed and adjusted to provide psychological services but rather for basic medical services.

“Psychological service has its own standards and it is a very particular service,” she remarked.

She stressed on the fact that people seeking psychological help and support need to come to a quiet, safe and secure environment which inspire in them confidence and a sense of relief that no one will get access to their personal file and other private information.

“Such small but significantly important details means a lot to people in search of any form of psychological help,” said Ms Shamova, noting that “unfortunately our hospital is not really organised properly for that and people really need to feel safe when they come to seek help as they need to open up and share their very intimate problems and concerns”.

During the two years she worked at the Ministry of Health, Ms Shamova said she fought hard to improve the situation.

“I struggled for two years and I was totally devastated and exhausted by my fighting and in the end I just gave up,” she said.

“In my view this was not acceptable as in the profession one needs to be professional in order to provide a professional service otherwise it will not make any sense at all and who will make a difference in the behaviour and lives of these people who seek our help then,” said Ms Shamova.

Practicing since 2005, Ms Shamova said her effort, motivation and encouragement by former and current patients have prompted her to stay on here and continue to be at the service of the increasing number of people who require psychological support.

She admitted that it was not an easy road to obtain her licence to practice privately.

“I took things step by step but it takes time but I am happy now,” she said.

Working freelance she occupies an office at Espace and also sees patients at Dr Murthy’s Clinic.

She admits that she does not have a permanent office as she works a lot with different agencies like the National Sports Council (NSC), the department of police, the National Council for Children (NCC), the Judiciary, among others and most often she goes out to them.

Ms Shamova said here in Seychelles there is a large demand for psychologists in order to deal with the increasing number of people seeking such help.

“Very often a small issue can just be the symptom of a bigger problem,” she remarked.

Ms Shamova also noted that people who seek her help are mostly very young, from the age of 23 to 35 years from all walks of life with different educational level and they are referred to her by friends, relatives or others. Couple come to seek support to mend their relationships and rediscover each other, individuals seek help for different issues affecting their lives.

She went on to point out that there is a huge demand for psychological services here and this is increasing as it is being compounded by substance abuse and other social issues.

“Often young people realise they need help to deal with their situation to develop better in all spheres of their lives,” she pointed out.

She noted that each problem and crisis has its specificities and treatment varies.

Ms Shamova can be reached for appointments on 2643200, on email psyservicesseychelles@gmail.com or on facebook : Psy Services Seychelles