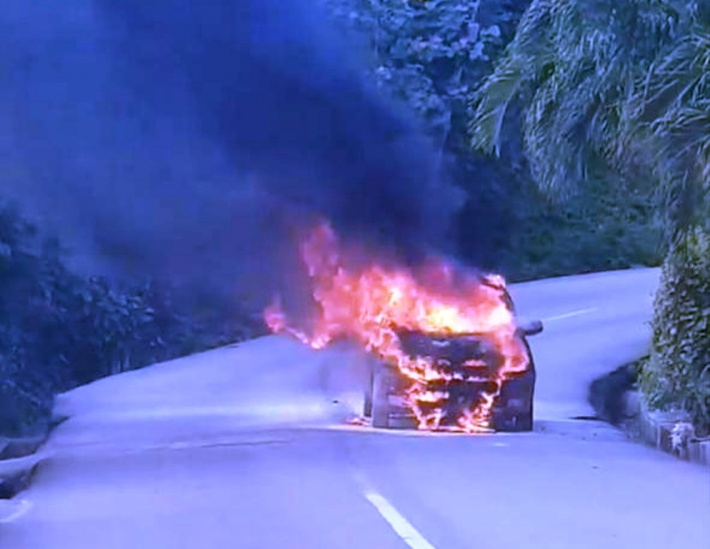 The car in flames

Both the driver and expectant passenger who were on Saturday morning travelling in the Hyundai i10 car which burst into flames at Anse Kerlan, Praslin, are safe and sound.

The expectant mother was transported to hospital on Saturday for shock but has since been released and is in stable condition.

Fire services were called to the scene of the incident just after 10.15am, arriving on scene 12 minutes later to find the small vehicle completely in flames.

“Upon receiving the call, we deployed a truck and five officers. At the scene, officers of the Seychelles Civil Aviation Authority (SCAA) were trying to put out the fire with fire extinguishers but it was not proving to be too effective considering the size of the flames,” according to sub-station officer Peter Cherry.

Seychelles Fire and Rescue Services Agency (SFRSA) officers were quick to react, having the blaze under control in two minutes, Mr Cherry added, and spent a further ten minutes to completely douse the flames and put out the fire.

From investigations conducted thus far, it would seem that the fire was caused by a mechanical problem.

Last Saturday’s blaze was the second car fire incident on Praslin over the past five years.