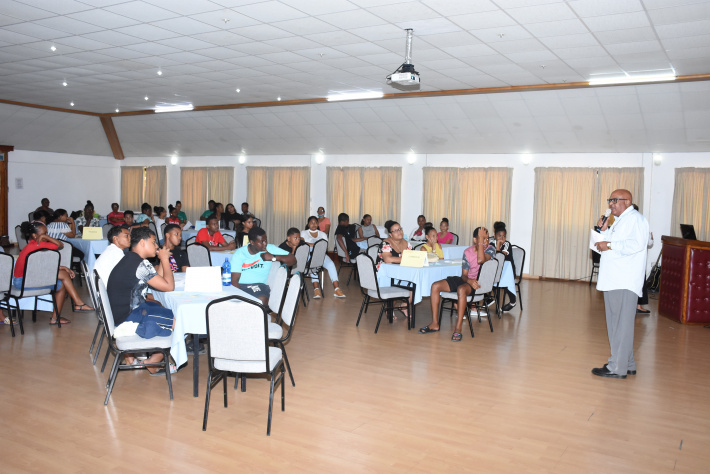 The Association for the Promotion of Solid Humane Families (APSHF) hosted a youth forum Saturday morning under the theme ‘Spirituality a tool to resist temptation’.

It was attended by teenagers aged 13 to 17 from various secondary schools on the island.

The aim of the forum is to help youths in that age group as they are most vulnerable and lack the proper support to overcome the social ills that may affect them.

Throughout the sessions the facilitators, among whom was Father Lonnie Adrienne, came up with a list of activities relating to the chosen themes, where the participants learned how someone with a weaker mindset can be easily influenced.

Rosie Denis, chief executive of the association and an organiser of the forum, noted that usually they conduct three forums per year but due to the constraint of Covid-19 they could only have one this year.

“The forum takes a spiritual and psychological approach that will help the kids as they grow up,” said Mrs Denis.

“After each session is conducted we give them an evaluation where they state what they have learned and if they wish to come back for further sessions and so far the feedback has always been positive,” Mrs Denis said.

Mrs Denis noted that the association plans to hold sessions for younger kids as well as young adults.