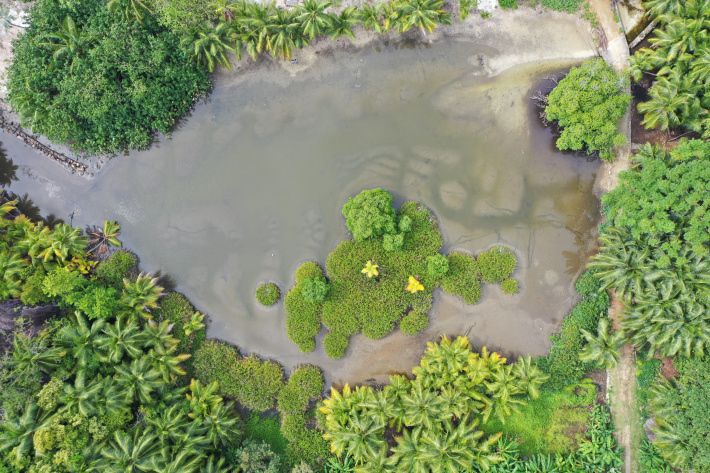 Aerial view of the marshland

Silhouette Island is known for its high peaks and praised for its natural beauty and rich biodiversity and ecological value. Its wetlands are not always of interest unless you are fond of nature.

The young emerging wetland at La Passe near La Belle Tortue Lodge, right at the foot of Mont Poules Marons, is not a popular destination for visitors and most of the time ghosted by hikers going towards the southern part of the island. It is, however, fortunately filled with natural features that once seen that way, one can never un-see such beauty it possesses. It is centred by two beautifully-looking palm islands barricaded by various plant species such as ‘fouzer lanmar’(Acrostichum aurem), coconut trees and mangroves. Lovingly nesting grey herons often chasing moorhens and their chicks, giant mangrove crabs ruling among the hermit and blue crabs, a carpet of mangrove whelks and other birds flying over are indicators of a healthy wetland ecosystem.

The marshland’s water movement that is dependent on tides and rain is often minimal. Minor human interferences might have been the cause of the former, mainly the construction of buildings nearby and the bridge next to La Belle Tortue Lodge. This channel below the bridge is often blocked due to accumulation of sand or debris. Mangrove dispersal is therefore very poor, with seedlings thriving by the mother trees only, hence why the Island Conservation Society (ICS) conservation team intervened immediately to resolve the issue. The team is now dispersing mangrove seedlings on the edge of the marshland, where coconut trees dominate so as to stabilise and help create new habitats and essential resources for the different species; that would otherwise occur naturally.

Another observation is the increasing amount of trash in the marsh. With very limited activity in the area, it is apparent that trash is carried inside the marsh by tides. The conservation team does regular monitoring of the marsh and removes trash so as to reduce its negative impact on this fragile ecosystem. Marine pollution is a global issue which can decimate coastal and marine environments such as the ones on Silhouette Island. During regular coastal patrols conducted by the conservation team on average around 10kg of trash is collected weekly. Thus the presence of ICS on Silhouette is key to addressing the former threat on the surrounding marine environments and the variety of species that co-exist within them.

After a hard day’s work, we usually immerse ourselves in the beauty of the sun setting behind Mont Pot à Eau. The still water mirrors the majestic beauty of the sunset standing tall in the pastel painted sky. We sit comfortably reflecting on the work done during the day and how important it is to maintain a lifestyle in support of nature conservation. 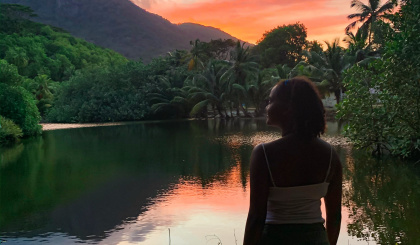 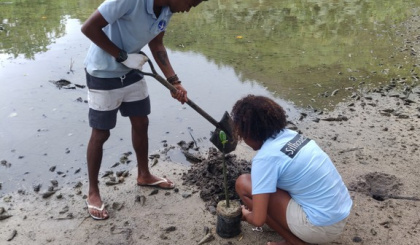 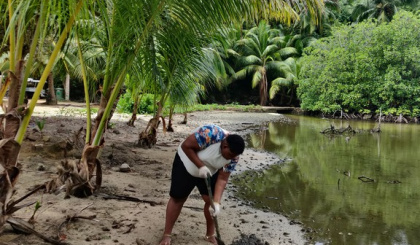 One of the volunteers, Lynden, digging a hole for the seedling 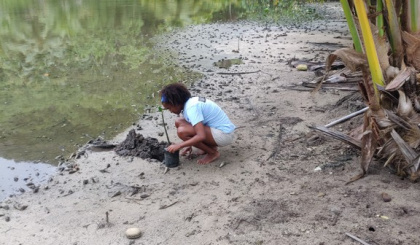 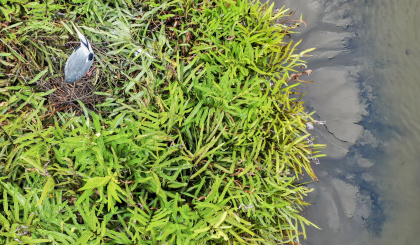