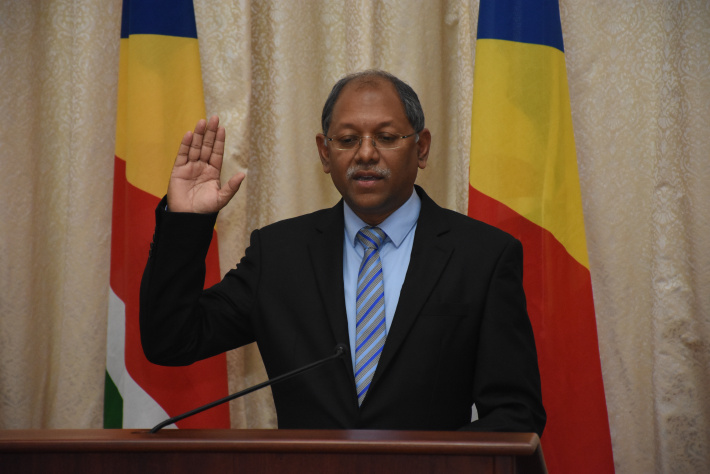 In the presence of the President of the Republic of Seychelles Wavel Ramkalawan, former President Danny Faure, former Vice-President Vincent Meriton, acting Chief Justice of the Supreme Court Melchior Vidot, president of the Court of Appeal Anthony Fernando, Attorney General Frank Ally, and loved ones, VP Afif took the oath of allegiance to the Constitution as well as the Vice-Presidential oath, marking the beginning of his five-year term into office.

In his inaugural address, VP Afif thanked the Seychellois electorate who have entrusted himself and President Ramkalawan with the task of leading the country over the next five years, assuring that he will serve without favour, and in a manner in which each citizen is made to feel that they have a valid role to play and opportunities from which they can benefit.

“Today, the country is in need of direction, it is in need of strong leadership. I have great confidence in Mr Ramkalawan’s ability as President to guide the country during these difficult times, and to carve out a road towards a bright future which will bring more prosperity for the Seychellois population,” said Vice- President Afif.

“As vice-president, I see my role as one where I will help you President, with your Cabinet and government to make the right decisions. To guide you with the baggage that I have to make concrete decisions that will lead us in a better direction. I will always work in my simple manner, with respect for everyone, and I count on the cooperation of the Seychellois public, public service, and all of Seychelles’ children so we can take the country on the next level, where we want it to be,” VP Afif stated.

Mr Afif further promised to work in the interest of Seychellois and the country and to always hold dear and work according to the same principles which have thus far guided him in his work.

VP Afif was described by President Ramkalawan as someone with a great sense of humour, and who has over the years grown to be a great politician, in his own calm, organised and analytical way.

“Therefore, I am really proud to have you Ahmed by my side, your ability, your capacity, your calmness, your intellect and analytical mind, is one which will be of great value to me personally, but not only for me, but I think you are really an asset for our country, Seychelles,” Mr Ramkalawan stated.

Vice-President Afif holds a BSC with Honours in Maths, Operational Research, Statistics and Economics from Warwick University in the United Kingdom (UK). He has held several posts in the previous government up to the level of principal secretary, prior to being elected as member of the National Assembly for the Anse Etoile constituency in 2016. 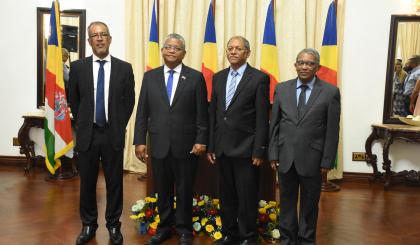