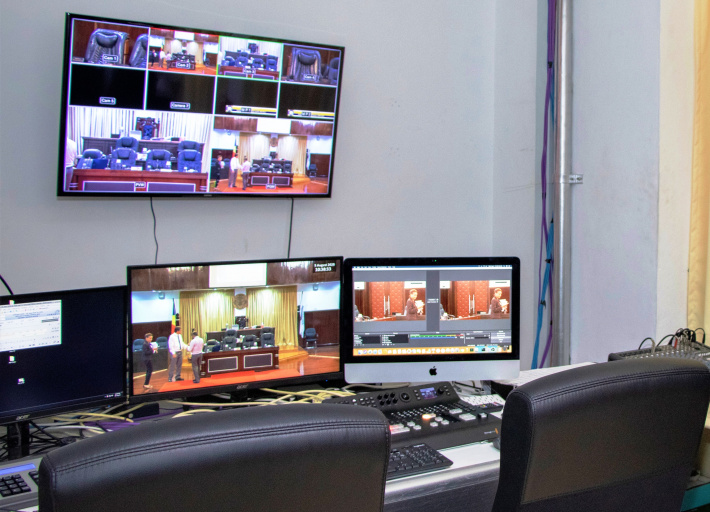 Filming in the National Assembly chamber was, up till now, a task performed by camera operators from the Seychelles Broadcasting Corporation (SBC).

Previously, for the National Assembly sessions, there would be three camera operators assigned. A fourth unmanned camera was also used to provide the wide static view of the chamber.

The job of filming invariably required the SBC camera operators to be standing for long hours. This created fatigue, reducing concentration, an affliction that robotic cameras will evidently not suffer from. The long hours also posed a staffing health and welfare issue for the corporation.

Directing the filming, that is selection of images and sounds to be broadcast, remains a human role. While there are fully automated systems installed in several other parliaments around the world, human input on directing decisions remain key in ensuring that the appropriate images are broadcast to the viewing public.

It is to be noted that the new set-up provides high definition (HD) images compared to the previous set-up, owned by the SBC, which could only produce standard definition (SD) images only.

The new filming equipment is owned by the National Assembly.

Yesterday morning’s television coverage was a collaboration between the SBC and the National Assembly as the national broadcaster is helping the national legislature until the institution is able to fully operate the new filming equipment.

This means that, eventually, SBC will only be receiving a feed of the National Assembly sessions and will not be responsible for the production of the images and sounds emanating from the legislative chamber.