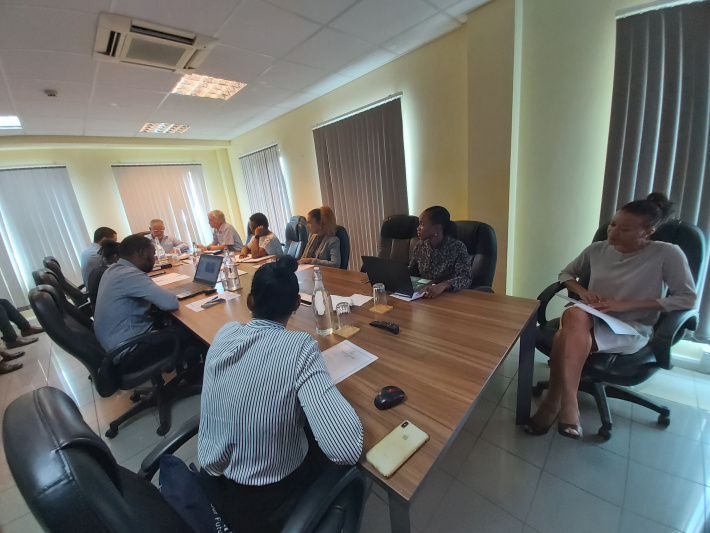 Designated Minister Jean-François Ferrari, who also holds the portfolios of fisheries and Blue economy, met with the department of Blue economy on his first familiarisation visit on Friday November 6, 2020.

He was welcomed by principal secretary for the Blue economy Kenneth Racombo and the staff of the department.

During the meeting, Designated Minister Ferrari was briefed on the roles and functions of the Blue economy department, projects that are currently in the pipeline and implementation challenges.

Minister Ferrari said he is very impressed with the amount of work that the department has accomplished thus far and has urged the staff to keep on working hard.

He also encouraged the staff to strengthen cooperation with international organisations so that local projects of the department are funded primarily through grants and other financing mechanisms available from these organisations.

This, he said, will reduce government budget dependence especially during this economic crisis caused by the Covid-19 pandemic.

Minister Ferrari wished the staff well and said that he looked forward to working with them.

Press release from the department of the blue economy