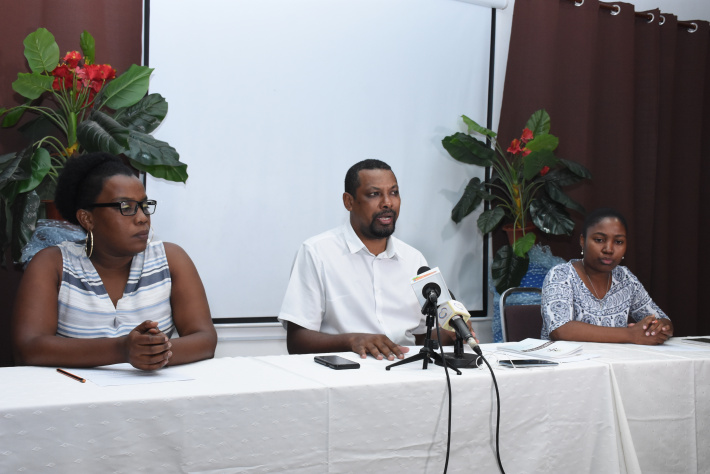 While Ceps celebrated its 5th anniversary last year with an exhibition, the sixth was marked with less pomp due to the pandemic.

Instead a press conference was held yesterday morning in which Ceps highlighted its achievements and constraints since it came in existence as well as the way forward.

Mr Pierre noted that the six years since Ceps took over from its predecessor, Lungos, “has been very interesting” albeit challenging at times.

“Ceps strengthened new relationships, mobilised resources, built the capacity of its members, and represented the voice of civil society at different levels locally, regionally and globally,” he added.

Over its six years, Ceps had cultivated strong partnerships with various countries, through their embassies, and foreign bodies such as the European Union (EU).

Notably, the EU was instrumental in helping Ceps set up one of its greatest achievements yet – a crisis shelter for victims of gender-based violence.

Mr Pierre highlighted other key partnerships such as the memorandum of understanding which was signed between Ceps and the government in 2017, formalising the framework of cooperation and partnership in development between the two.

Throughout the last six years, Ceps’ focus has been on policy and strategic engagements for the benefits of civil society and the citizens of Seychelles.

The platform started off with around 114 NGO members but was able to streamline this number down to 63 members, after it de-registered 51 NGOs that were not meeting its requirements.

Meanwhile Ceps’ main challenges continue to be limited financing – perhaps to worsen in the next budget year due to Covid-19 – and the lack of an adequate headquarters.

Ceps is a platform which groups together non-profit organisations in the country, although a non-profit is not required to join the platform.

Ceps and the government had also ventured into a new initiative of open government partnership which is an innovative international initiative to improve governance and foster greater transparency and accountability.

Speaking about Ceps’ challenges, Mr Pierre said: “We are a non-profit sector and our greatest constraint is resources, particularly financial resource, but we are happy that we have been able to lobby for the creation of the national grants policy within the government.”

“Another one of our challenges is to bring the work of the civil society to more people, promote and provide visibility. We have been encouraging our members to promote themselves, especially on social media.”

“The main issue however is that we do not have a headquarters and cannot house our members that have a secretariat in a same location because we do not have that space.”

Mr Pierre explained that Ceps had been optimistic to start the work on Ceps House this year since the potential access to funding had looked bright and promising but the pandemic forced a halt in funding.

Ms Florentine noted that Ceps’ most recent discussion with the government has been encouraging and it is hoped that the Ceps House can materialise soon.

Meanwhile Ceps continues with its efforts to engage communities and every citizen in the country’s development.