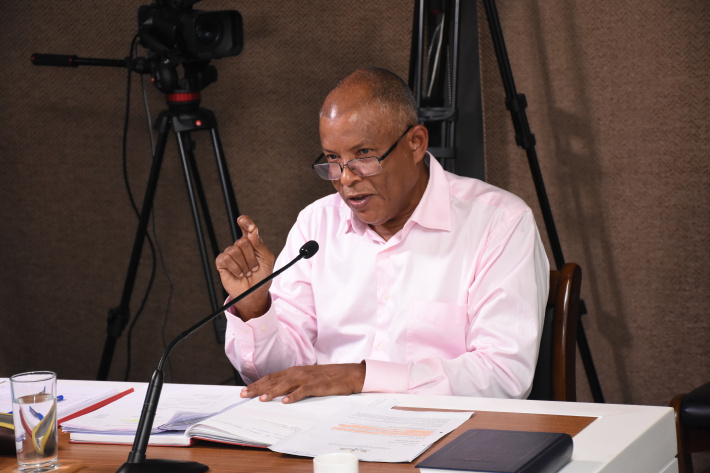 Apart from one session away from the public eye, the Truth, Reconciliation and National Unity Commission (TRNUC) heard one complainant and three witnesses in open sessions yesterday.

Ex-Minister Dolor Ernesta was the first witness before the commission in public session yesterday morning in CASE 0306 - Alwyn Talma, who had claimed that former Minister Ernesta, as the minister responsible for the Planning Authority under the Ministry of Land Use, in 1993-1994, gave orders for the demolition of his (Alwyn’s) chalet he was building on his property at Anse Lazio, Praslin, as part of a tourism development project for which he had had permission from all relevant departments to build.

Mr Talma had also complained that former Minister Ernesta was also responsible for the demolition of a shed on the beach he had built for the purpose of selling snacks and soft drinks. Mr Talma had claimed that he didn’t need planning permission for constructing the shed as such structure was not a building.

Responding to the two accusations, Mr Ernesta said that he does not remember personally giving orders for the demolition of Mr Talma’s chalet he was building on his property. He claimed that by building the chalet, Mr Talma had not complied with the law to construct a 24-bedroom five-star hotel that he had been given permission in 1997 to build.

With regard to the shed, Mr Ernesta also denied that he personally organised for it to be demolished. He also claimed Mr Talma had no planning permission to build the shed.

Mr Ernesta stated that Mr Talma had not complied at all with the law on both occasions and it was the reason why his structures were brought down. He claimed that the demolition of both structures were done in consultation with technicians from the ministry and from the Planning Authority, including himself.

He noted he finds it strange that Mr Talma had claimed that he got permission to build the chalet as the Planning Authority, being the one that gives the final go ahead, had no account of such permission being granted.

Mr Ernesta explained that until today, any structure needs planning permission under the Town and Country act 1972. He said that the public, through reporting on structures being built haphazardly, have played a great role in making sure that development in the country happens in an orderly manner.

Former police officer, Gaetan Rene, was in the afternoon, before the commission as a witness in CASE 0107 - Norcy Dick, who had claimed that he was detained without reason at the Central Police Station and tortured by the police while there in 1994. He had identified Mr Rene as one of the police officers involved in torturing him in a black cell.

In his response, Mr Rene denied all allegations against him and stated that Mr Dick had spoken all sorts of lies to the commission. He claimed that he was not involved in beating him if it ever happened and that he was not even aware that a black cell that tortured people, as mentioned by the complainant, ever existed at the police station. He said he was never in touch with Mr Dick at the police station and the only moment he was closely involved with him was in May 3, 1995 during his arrest at Le Niole, following the killing of his own baby he had thrown on the tarmac.

Mr Rene explained that no police officer would be such a fool to do such torture to Mr Dick, as he had claimed, knowing that the judge would see scars of the torture. He claimed that Mr Dick right now is not in the right state of mind as he had witnessed him doing things in the middle of town that anyone in his right state of mind would not do.

Micheline Tapath was the unprecedented witness before the commission, in the place of his sister, Roseline Barbe, who was not able to attend. She was called in in relation to a request that was made to correct the record in relation to evidence given to the commission by ex-soldier Trevor Mein, in his testimony, concerning the death of her brother, Lazare Adelaide, a soldier who was ambushed at Morne Blanc on September 9, 1998, along with another soldier Giovanny Constance.

Mrs Tapath explained that her brother, Lazare, who was 22 years old at that time, was on night duty the day before at the Exile Army camp and the next day while driving down in an army jeep to Barbarons through Morne Blanc, he was shot, along with Constance, who was the driver, several times by a prisoner, Andy Moumou, who was on the run. She further explained that while the army jeep was riddled with twenty-three bullets, her brother had ten bullets in the back and Giovanny had eight bullets in different parts of his body.

She stated that from information gathered, her brother had died outside of the jeep as he had got out of the vehicle while Giovanny continued his driving to escape the ambush. She said that the family received only R42,000 as compensation. She claimed that the amount was divided in half where her mother and father received R21,000 and the other half shared among seven siblings.

She said that she only knew Trevor simply as a soldier and she knew nothing about Moumou, apart from the fact that he was a fugitive, or on his motive to shoot her brother. She noted that while Moumou is serving his sentence for what he did, the compensation from the army is not worth for the death of her brother.

Roch Chang-Time, an ex-police officer, was the only complainant before the commission yesterday. The Central Investigation Department (CID) officer had claimed that after working for sometime in the police force after the coup d’Etat of June 5, 1977, he was unlawfully expelled from the force. He said that his letter stated that his service was no longer required. He claimed that other senior officers on the force were also expelled.

Mr Chang-Time, who joined the police force in 1961, said that he was refused his pension and he had to write to President Albert Rene to receive it. He claimed the pension was not adequate for his 20 years of service in the force. He said that with difficulties finding a job, he left the country for political asylum in England. He further said that while in England, the authority also tried to sell off his house but was unable to do so because he had a good lawyer to represent him.

Giving an account of the disappearance of Hassanali, he claimed that a colleague officer, at the scene of disappearance, had told him that he had seen the car with the door open and a pistol, cartridge and some blood on the car seat but when he (Chang-Time) went to investigate, the car was no longer there. He said that he never got to know who removed the car from the scene and was also prevented to continue with the investigation. He also gave the commission the little he knew on the disappearance of Gilbert Morgan. He claimed that the state tried to recruit him to spy on people but he refused. 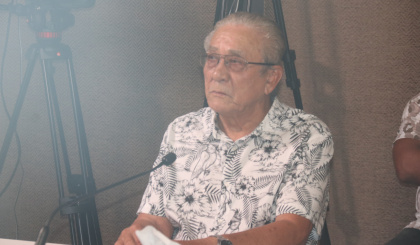 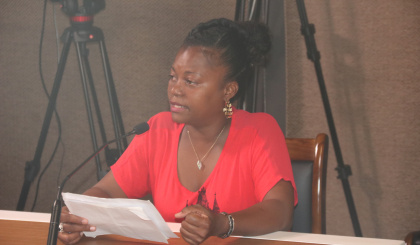