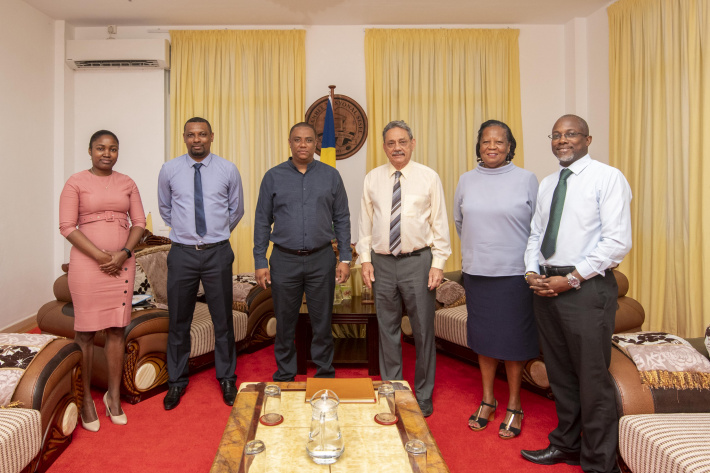 A delegation from the Citizens Engagement Platform Seychelles (Ceps) led by its chairperson Jude Fred, met with the Speaker of the National Assembly, Roger Mancienne and deputy Speaker, Gervais Henrie, on Thursday last week.

The aim of the meeting was to brief the Speaker and the deputy Speaker of the Assembly on the important role of Ceps as an umbrella group of civil societies in Seychelles.

Mr Fred gave a detailed assessment of the function and the role of Ceps, notably its contribution towards the common good of society, the promotion of positive social changes and the ability for civil society organisations to participate in national development.

The meeting gave the members of Ceps the opportunity to explain the difficulties that they face as an organisation and to get the members of the National Assembly on board to better understand their long-term plan, especially now that Seychelles is facing an on ongoing battle with social ills.

In addition, the meeting was also a call for the National Assembly to better understand their annual budget projection prior to approval.

Speaker Mancienne was pleased to have met with the members and to have learnt more of the functions and national impact of Ceps.

He also encouraged a plan for more discussions in the future between the National Assembly and Ceps.