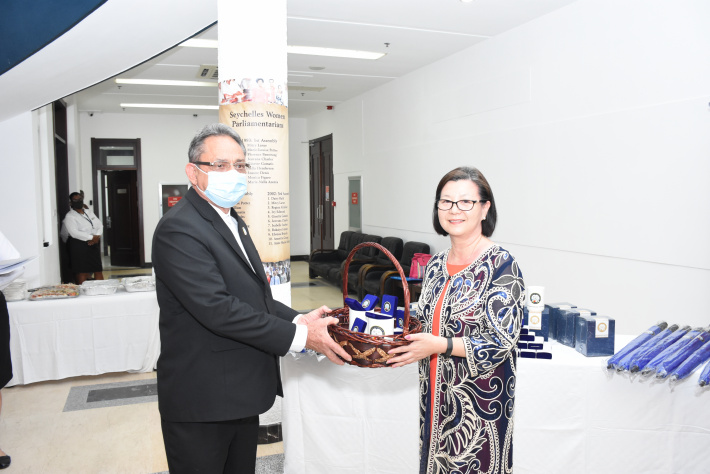 The Embassy of the People’s Republic of China, represented by the Chinese ambassador to the Republic of Seychelles, Guo Wei, yesterday made an official donation of mugs, umbrellas, pins and badges to the National Assembly in the presence of the seventh cohort and management staff of the secretariat.

In a small ceremony organised during the afternoon, Ambassador Guo strongly reaffirmed the strong ties between Seychelles and China, highlighting that the two countries have enjoyed successful bilateral cooperation for the past 43 years.

She first started off her address by expressing her congratulations to the seventh National Assembly cohort and commending the government for the smooth transition of power since the October elections, describing Seychelles as an example to the rest of the African continent and to the world.

Furthermore, Ambassador Guo spoke of further extending and deepening ties between the two countries, and increased collaboration with the legislative branch. Over recent years, the People’s Republic of China has been instrumental in assisting with projects to the benefit of communities and districts, having played a role in the construction of the children’s playgrounds at Anse Royale and Praslin, as well as stepping in to assist with other infrastructure projects including bus stops at the request of members of the National Assembly (MNAs).

“It is just to reiterate that the Chinese embassy is ready to cooperate with the National Assembly and to help and assist you in your work, to develop and further extend the mutual cooperation, and to consolidate the relations between the two nations,” Ambassador Guo added, wishing the members a fruitful work term.

In thanking Ambassador Guo and the People’s Republic of China for the donation, Speaker of the National Assembly Roger Mancienne said he hopes there are further opportunities for collaboration in future, assuring Ambassador Guo that the donated materials will be put to good use. 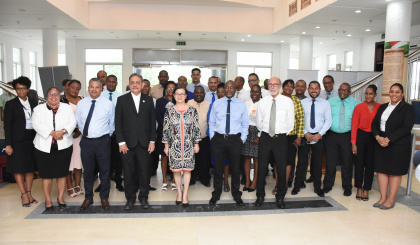 A souvenir photograph to mark the occasion (Photo: Thomas Meriton) 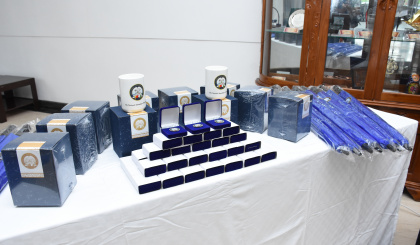