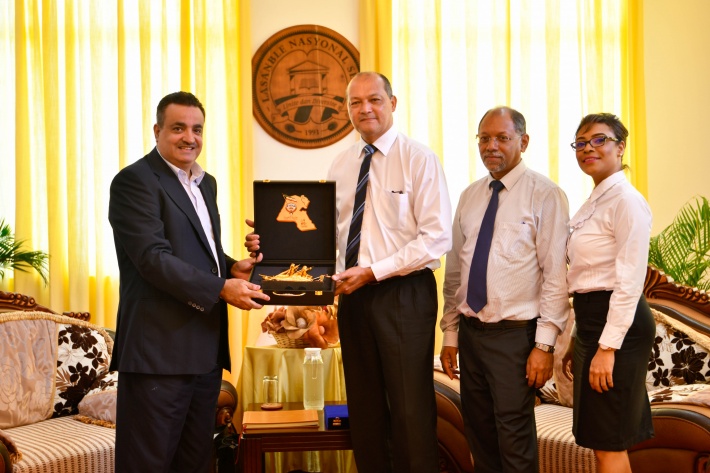 Exchange of gifts between Speaker Prea and Ambassador Alsehaijan. Also in the picture are deputy Speaker Ahmed Afif and Clerk Jutta Alexis

The newly accredited ambassador designate for the State of Kuwait to the Republic of Seychelles, Mubarak Mohammed Faleh Alsehaijan, called on the Speaker of the National Assembly, Nicholas Prea, yesterday morning.

The Speaker welcomed Ambassador Alsehaijan and congratulated him on his accreditation.

During the meeting both Ambassador Alsehaijan and the Speaker expressed the desire to establish parliamentary cooperation between the State of Kuwait and Seychelles so as to share best practices and develop bilateral relations.

Also present during the meeting were deputy Speaker Ahmed Afif and the Clerk of the National Assembly, Jutta Alexis.