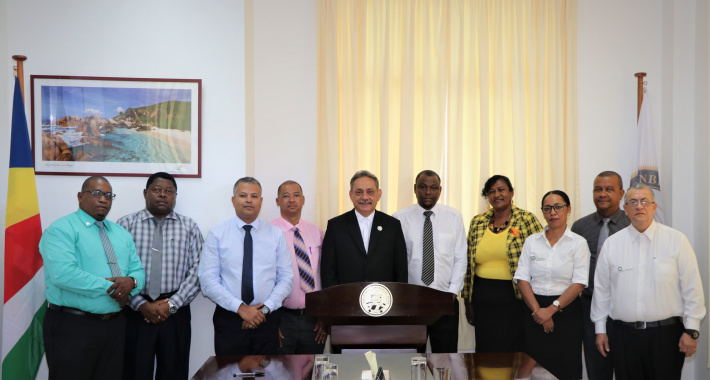 Members of the committee in a souvenir photograph with Speaker Mancienne after they had taken their oath (Photo credit: National Assembly secretariat)

They swore not to communicate or divulge directly or indirectly any matters which are brought before the said committee and which are entrusted to them under secrecy, in line with the terms of reference of the committee.

This procedure was decided in a previous committee meeting as the members and secretaries of the committee will be exposed to sensitive information involving the Seychelles People’s Defence Forces, the Police Force and Intelligence Services.

The Oath of Secrecy is one which is of great importance, as the unauthorised publication or disclosure of those information can lead to a security risk being posed to the State.