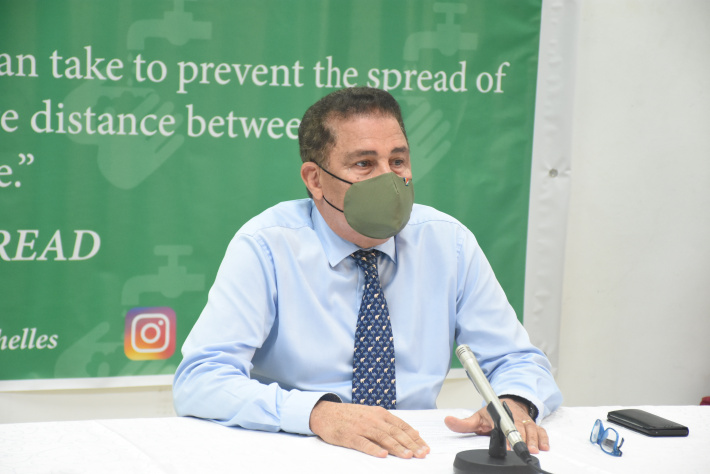 After almost a year of travel restrictions, whereby only visitors from approved countries were allowed into the country, Seychelles has reopened its borders to the world.

In a joint press conference, Minister for Foreign Affairs and Tourism Sylvestre Radegonde and Health Minister Peggy Vidot announced that the country will reopen its border to international travellers from any country, with immediate effect.

This however will come with conditions, Minister Radegonde stressed.

The first phase of the relaxation of entry, applicable from now up to mid-March, will require visitors entering Seychelles to produce documents certifying that they have been vaccinated, with a minimum of two weeks since they received the second dose. Additionally, visitors must show proof of a valid negative PCR test 72 hours before travelling.

Once these requirements are met, there will be no need for the visitors to go into quarantine upon entry.

Meanwhile Seychellois residents re-entering the country during this period and who have not been vaccinated will have to go under quarantine.

Entering the second phase of the easing of restrictions in mid-March, proof of vaccination will no longer be required for entry although a negative PCR test will remain a pre-requisite. Again, the visitors will not have to quarantine.

Minister Vidot said it is hoped that a significant percentage of the population would have been vaccinated by mid-March to help build up herd immunity. Health authorities are targeting to inoculate 70% of the population with the Covid-19 vaccine.

The decision to permit visitors from any country into the country comes after a Cabinet meeting on Wednesday and a subsequent high-level committee meeting with the relevant ministries and authorities yesterday morning.

“This morning the president chaired a high-level committee meeting attended by various ministers, technicians from finance and health, and also the governor of the Central Bank. The objective of the meeting was primarily to look at the existing measures for visitors’ arrival in the country and look at new protocols catering to visitors. The decision was taken for us to immediately open Seychelles to all countries of the world,” explained Minister Radegonde.

Both ministers highlighted the urgency of relaxing the rules of entry and reinvigorating the tourism industry since the economic outfall of the pandemic can only be described as dire.

The government records an estimated deficit of R4.5 billion for 2020.

The plan to reopen borders to all countries is said to be balanced between the country’s need for foreign exchange and public health concerns.

“We hope that this will open up the tourism industry primarily for the locals; the small hotels that are presently struggling on La Digue and Praslin, and also on Mahé. But also provide that kick that our economy desperately needs. As you know the Seychelles economy is in dire situation at the moment and we hope that all these measures will allow the economy to start all over again,” added Minister Radegonde.

Moreover, the easing of restrictions on travel and tourism expects to give the local tourism industry and visitors alike the confidence to plan ahead, start taking bookings and no longer be blindsided by the uncertainty of the list for permitted countries and other measures that were open to continuous changes.

With fewer and fewer planes flying in, with many airlines abandoning the Seychelles route due to low capacity, the decision seeks to galvanise more flights into the country.

On her part, Minister Vidot explained that the health authorities have vaccinated 2% of the population so far since the mass vaccination campaign kicked off on Sunday, January 10, which is an encouraging sign.

“As a country, we realise that one of the tools to help us in our response plan to the epidemic is the mass vaccination campaign which we started on January 10 and we are confident that once we roll out this campaign we would have our population attain a certain level of immunity which would assist us in strengthening the tourism industry,” said Minister Vidot.

Those working in the tourism industry will be considered as a top priority group to receive the Covid-19 vaccination.

The task of fine-tuning the new travel measures has been left to a technical committee which will decide on various issues such as whether tourism establishments will still need a safe establishment certification.

To contain the spread of Covid-19, Seychelles first shut its borders on March 18, 2020 to the European Union, United Kingdom, Switzerland and the French departments of Reunion and Mayotte, after which it completely closed down the borders to all commercial flights later that month. It gradually opened its borders again, in phases, in June and August 2020. However, only visitors from a permitted list of countries could travel to Seychelles up until yesterday’s announcement. 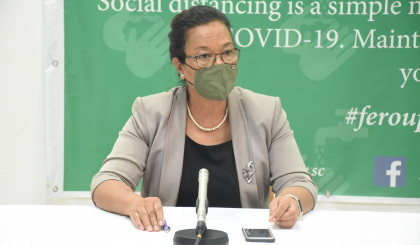