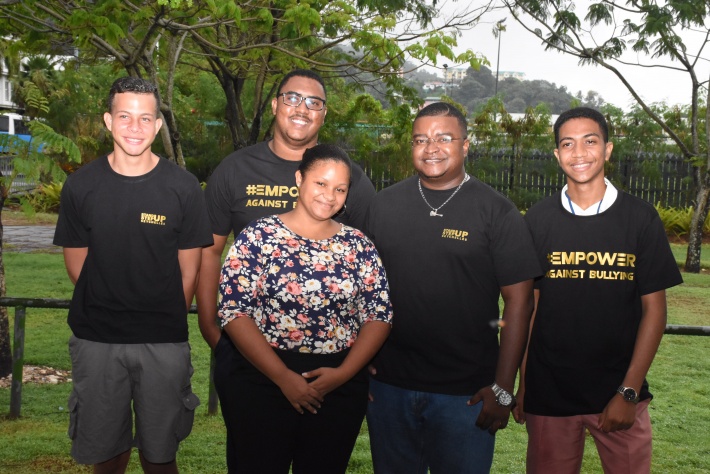 The organisers gearing up for the concert

Preparations for the second empowerment concert is well on its way following the success of a similar event held in 2017.

This year’s concert will be held on August 7, with 30 local artists slated to perform.

Trevor Louise, the chairman of Stand Up Step Up and organiser of the empowerment concert, said this year’s event is going to be a memorable one.

Mr Louise said the aim of the concert is to show the potentials that the younger generation possess and to steer away from the negative stereotypes that society places on young people such as being lazy or being a nuisance.

This is why the theme chosen for this year’s empowerment concert is ‘The new generation of change makers because’.

“The artists performing in the concert are those who are contributing a positive message in the music scene in Seychelles and helping to influence their young followers,” Mr Louise said.

Mr Louise noted that due to budget constraints they could not host the second concert in 2018 and until now they have not received any specific sponsors and so they won’t be able host the concert on a larger scale as they would have wanted to.

“The majority of the funds we are spending is coming out of the organisation’s accounts or the pockets of the members of Stand Up Step Up,” added Mr Louise.

He also commented that there will be many performances by young artists during the concert through songs, poems and dances as well as many more surprises.

“The first concert went beyond expectation as the show surpassed its expected time frame and was attended by a large crowd of people. The concert will be a huge success and with the amount of response we are getting from the public it will be a night to remember,” Mr Louise said.