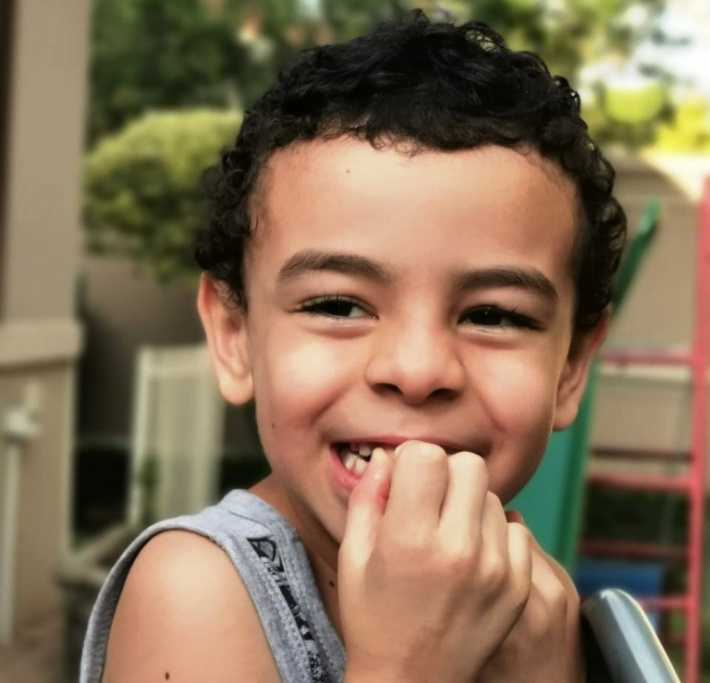 April is the International Autism Awareness Month. This year, in collaboration with Seychelles NATION, Autism Seychelles association is doing a media campaign to increase public awareness on the condition. Throughout the month we will have real life stories of different individuals living with autism as well as various information on the condition.

Sébastien is the 5-year-old son of Sylvie and Christian. He was diagnosed with Autism Spectrum Disorder when he was three. He is our beautiful, sweet, smart, energetic (we often joke that we could be rich if we could bottle and sell some of his energy) boy who we love fiercely...just the way he is.

Sébastien is non-speaking. It is estimated that about 40% of children on the Autism Spectrum are unable to speak. However, that’s not to say that they don’t have ideas, opinions, and other things to say. We don’t appreciate assumptions that Sébastien’s inability to vocalise language is a measure of his intelligence or that he doesn’t hear or understand. Communication being a basic human need, we have worked hard at finding strategies that work. For now, he uses gestures, physical prompts and Touchchat, a communication app to assist him in communicating with us. Recently he has learnt spelling as a way to communicate as well.

Our little guy is sensitive to the taste, smell, colour and texture of foods. As a result, his diet is very specific. He literally eats lentils and rice 365 days a year! We sneak his veggies and meat in the lentils but the lentils remain non-negotiable and in certain settings, that sometimes provokes unkind stares and comments but we have learnt to listen to our child above all.

Sébastien is tech-savvy and is happiest when navigating and watching You Tube videos. Nothing like his happy squeals to make a bad day ok. He also loves jumping and giving and receiving cuddles. He works so hard to make sense of the world around him, which is very taxing on him. We are so very proud of him.

While we accept that his neurology is different and that means he communicates, learns, behaves, plays and eats differently, we refuse to accept that he be treated as if he is less than worthy. Our boy has changed our world – we have learned to be more aware, to live in the moment, to find joy in the simplest of things, the way he does. We owe it to him to change this world for him...to make it kinder and more accepting and inclusive.