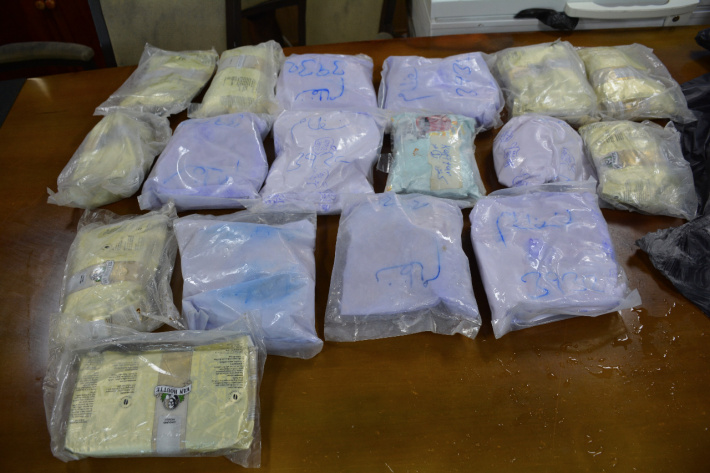 Drugs that the authorities retrieved after they had been thrown overboard a vessel caught in the country’s exclusive economic zone on Saturday have been estimated to be worth SCR20 million.

According to a police communiqué yesterday, preliminary tests on the contents of the package that were thrown overboard revealed that it contained controlled drugs hashish and heroin.

President Ramkalawan as the commander-in-chief of the Seychelles People's Defence Forces (SPDF) has sent a message of congratulations to the Seychelles Air Force, Seychelles Coast guards, the Seychelles Police and the National Information Sharing and Coordination Centre (NISCC) on the interception of the vessel leading to subsequent seizure of the consignment of suspected illegal drugs in Seychelles waters.

“On behalf of the government and the people of Seychelles I would like to commend the coordinated operation involved in the seizure. We admire your courage and persistence to keep our waters and our people safe. The government remains committed to keeping our islands free from drugs and above all protect the future of our youths. Well done to you all!” said President Ramkalawan.

A joint communiqué issued on Sunday evening by the police and the SPDF said that the local fishing vessel – BABA ALI – bearing registration number SZ1419 was intercepted around 160 nautical miles North East of Mahé by patrol boat PS Etoile.

During the interception the local vessel was observed throwing a suspicious package in the water which was later retrieved by coastguard personnel.

Three Seychellois and four foreigners have been arrested in connection to this incident.

The vessel was guided to enter port for further investigation.

Meanwhile the seven crew members appeared before the Supreme Court yesterday and they have been remanded for 14 days.

They are being prosecuted for several offences related to trafficking and importation of a controlled drug.