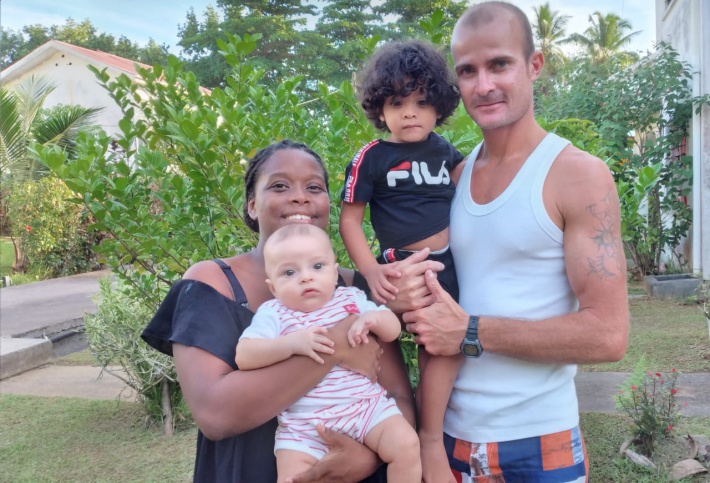 Fisherman and surf instructor, 38-year-old Jean-Marc Hoareau, who is famously known as the unofficial lifeguard of Anse Gaulette, Baie Lazare was yesterday recognised for his acts of heroism.

However this is not the first time that Mr Hoareau has assisted swimmers ‒ foreigners and locals ‒ who were involved in near-drowning and drowning incidents in Baie Lazare.

“Red Cross has offered to give Mr Hoareau some First Aid training that will help him more especially given that he has saved more than one person. We at Red Cross of course support these heroic humanitarian acts because we promote saving and protecting lives,” said the Red Cross Society of Seychelles’ secretary general Marie-May Esparon.

“Even though this is a small gesture, it is important to recognise these brave individuals who are making a big difference in their communities,” she added.

Mr Hoareau has been invited to become a fully-fledged Red Cross volunteer and also assist the Red Cross as an instructor for its water rescue training programme, which has been dormant for quite a while.

It was around 4pm on Sunday May 22 when Mr Hoareau was made aware of a male tourist who was fighting for his life in strong currents at Anse Gaulette and he rushed to the beach which is just across the road from where he lives.

“I placed the man on the surfboard and brought him to shore where his wife and baby where waiting. Once we reached the beach, I asked him some questions such as whether he had taken in any water and he responded that he had not. However he started vomiting up water and food after I placed him on his side which showed that he taken in some water,” recounted Mr Hoareau.

“Given that he was feeling dizzy, faint and his lungs were hurting, I knew that he had taken in a lot of water and so we called the ambulance.”

Mr Hoareau explained that he has become Baie Lazare’s go-to person whenever there are similar incidents in the district, particularly at Anse Gaulette.

The 38-year-old explained that, although he is no expert, he used to train with lifeguards, and also learned a lot about safety and security at sea from Pierre Woodcock.

“There have been various near-drowning and drowning incidents which I have helped with. I was called in to assist two Chinese tourists at the Plantation Club, which is now Kempinksi,” said Mr Hoareau.

“Another time, I had just gotten off the bus from town when I met an Indian woman who was in tears and who was looking for me ‒ she said that her husband had gone for a swim at Anse Gaulette but she had not seen him in the sea for over five minutes. I took my mask and flippers, and was able to see that the Indian man had been caught among the rocks in the area ‒ he was already dead by then but I was able to bring him back to the beach and called the police,” Mr Hoareau continued.

On another occasion, Mr Hoareau was also able to aid two Seychellois youths who had been kayaking at night at Anse Gaulette.

Dorothy Dogley, Mr Hoareau’s neighbour, noted that Mr Hoareau has a long list of heroic acts that has gone largely unacknowledged, which is why she chose to post his most recent accomplishment on Facebook which has garnered the public’s curiosity.

“I realised that he needed to be recognised for what he does ‒ he is always ready to go and save people but is rarely recognised aside from some thank yous. I posted the incident on Facebook to show that Jean-Marc contributes immensely to the society. He is Anse Gaulette’s unofficial lifeguard,” stated Mrs Dogley.

Both Mr Hoareau and Mrs Dogley expressed their concerns at the number of near-drowning and drowning incidents that occur at Anse Gaulette and called for the authorities to react promptly to ensure that there is a signboard in the area indicating the dangers.

“It is a very dangerous place to swim due to the currents and it is surrounded by corals as well as rocks with caves where swimmers can get caught,” explained Mr Hoareau.

“While there are signboards at Roche Copra, which is not as dangerous, and at the beach at Lazare Picault, there are none at Anse Gaulette but the tourists have the right to know that this area is dangerous,” added Mrs Dogley.

On her part, Mr Hoareau’s wife, Cherie Hoareau, remarked that she and their two children are very proud of her husband’s heroic actions although they sometimes fear for his life when he is attempting to save people.

“The Hoareau family is very much a family that loves the water ‒ my husband has been on the sea since he was a young child so I trust that he can take care of himself,” said Mrs Hoareau. 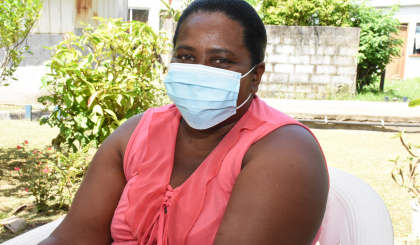