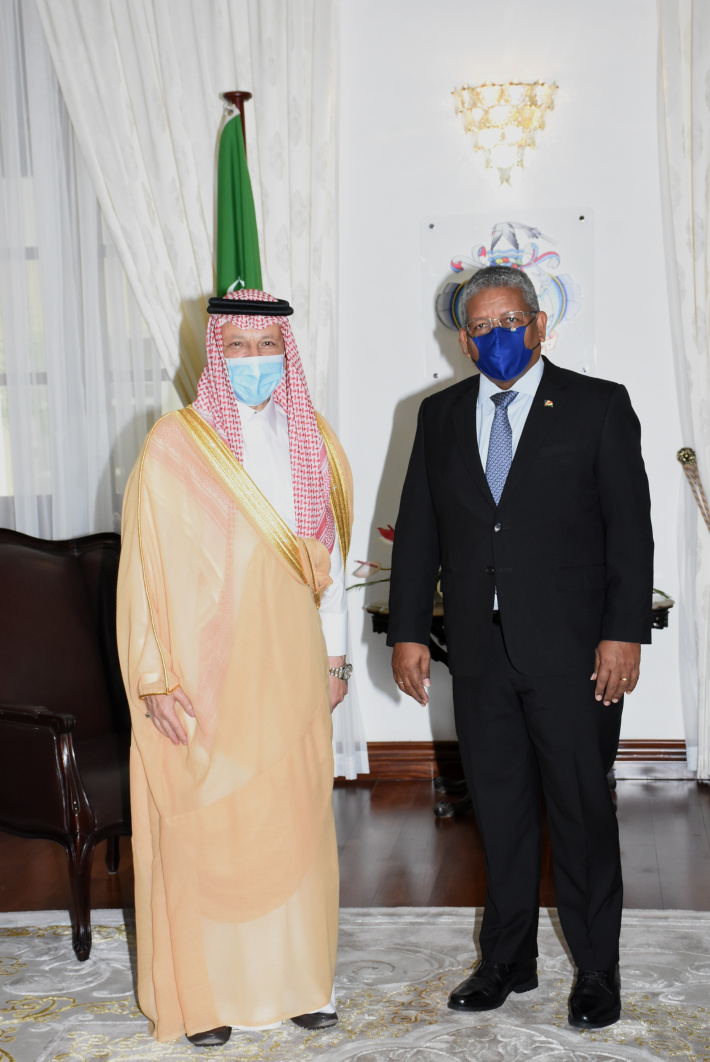 Seychelles is expected to benefit from the Saudi Arabia’s US $1 billion Development Fund to assist Africa with its post-pandemic economic recovery.

These will come in the form of investments, loans and grants from the Middle-East country primarily targeted at projects by the private sector in these African countries.

The news came out following meetings that the Saudi Arabia’s Minister of State for African Affairs, Ahmed Abul Aziz Kattan, had with President Wavel Ramkalawan at State House, as well as with other key government officials.

The main aim of Ambassador Kattan’s visit – which was scheduled only a few weeks after President Ramkalawan was sworn in last year – was to pass on the well wishes from Saudi Arabia’s head of state, King Salman bin Abdulaziz, and the Crown Prince Mohammed bin Salman.

It was also an opportunity for Seychelles and Saudi Arabia to discuss subject matters that are of mutual interests and to solidify the two countries’ diplomatic relations.

One of the main topics of discussion during yesterday’s meetings was the Saudi Arabia’s US $1 billion Development Fund to assist Africa with its post-pandemic economic recovery.

These will come in the form of investments, loans and grants from the Middle-East country primarily targeted at projects by the private sector in these African countries.

Minister Radegonde said that business projects in any economic sector in the country could benefit from the assistance, from the fisheries sector to tourism to agriculture and much more.

“Saudi Arabia wants to build relations that not only comprise assistance but also trade relations that will provide a win-win situation for both parties,” he explained further.

Minister Radegonde also took the opportunity during yesterday’s visit to announce that Saudi Arabian based carrier, Flynas, will start flying to Seychelles three times a week as from July 1, 2021 (see separate story on page 1).

“We have just concluded the agreement which represents a great opportunity for Seychelles to tap into the Saudi tourism market and provide not only Saudi citizens but the expatriate community working and residing in Saudi Arabia. It provides them with a direct link to Seychelles,” added Minister Radegonde.

Since the start of this year, the country has recorded the arrival of just under 300 visitors from Saudi Arabia and Flynas’ tri-weekly flights hope to increase this figure and bring in more free-spending tourists to boost our tourism industry and economy.

“The discussions went well. We talked about how we can further advance the relations between Seychelles and Saudi Arabia in various domains,” stated Minister Radegonde following the encounter with Minister Kattan and his delegation.

The delegation from Saudi Arabia was also presented with a number of projects which the Seychelles government hopes Saudi Arabia can assist with such as housing projects.

“Saudi Arabia has assisted Seychelles for many years now through the Saudi Fund for Development and financed various projects in the past […],” noted Minister Radegonde.

“We also touched on political topics, as is usually the case in these types of visits, whether it is in regards to the situation in Palestine, Yemen and so on,” said the foreign affairs minister.

Maritime security was also on the agenda as both countries are concerned about the trafficking of drugs activities by sea.

On his part, Minister Kattan reaffirmed the Kingdom’s interest in strengthening the important relations between the two countries.

“Regarding the Kingdom’s Vision 2030, I discussed ways to improve the exchange of trade between our two countries and ways to engage the private sector in projects that will reflect positively on the development in Seychelles and the exchange of economy between us,” stated Minister Kattan.

Vision 2030 is its blueprint for the country’s long term goals which includes becoming a global investment powerhouse, becoming the heart of the Arab and Islamic worlds and transforming into a global hub connecting Africa, Asia and Europe.

“I also had the pleasure to reflect on His Royal Highness Crown Prince’s initiatives, the Saudi Green Initiative and the Middle East Initiative, aiming to respond to climate change and protecting the environment.”

“I discussed with His Excellency issues of mutual interest and concern, primarily the Palestinian cause and conflict in Yemen. Also, I expressed our alarm and reservation vis a vis the danger of Iran’s expansionist policy particularly in the Middle East and the African continent,” concluded Minister Kattan.

The Saudi delegation, which arrived in the country on Wednesday evening, is scheduled to leave Seychelles tomorrow. 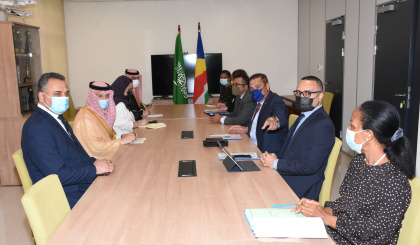 Cabinet considers a number of legal and policy memoranda |17.06.2021