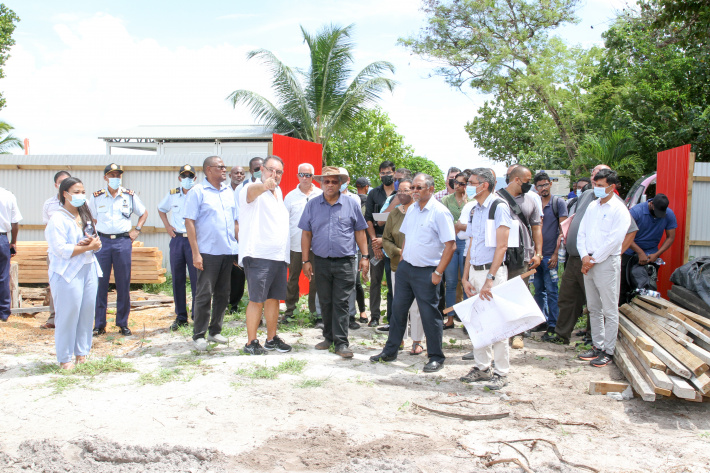 “Today, I am very happy, actually satisfied, with the speed and energy being exerted to complete development projects on the inner islands.”

This was President Wavel Ramkalawan’s impression of his visit to the inner islands of Praslin and La Digue yesterday. The visit was aimed at reviewing the progress on ongoing development projects on both islands.

The visit started at the new Eve Island passenger terminal where work started on the terminal building earlier this month. This is expected to include arrival and departure lounges, ticketing offices as well as other traveller amenities. So far all is going on schedule and completion is expected in October this year.

The delegation then toured the passenger terminal area on Eve island Annex which will be used for the development of a new ‘Town Centre’ for Baie Ste Anne. This will include a new marina expecting to berth some 50 hire craft and other leisure vessels. This would be adjacent to the new passenger terminal, on the plot of land jutting out into sea, better known as PUC electricity island.

A 25m by 200m extension is being proposed on the opposite side, facing the Au Cap coast and that is expected to be used for berthing of smaller vessels with extension of the current road.

Furthermore, there is proposal for the extension of the current flag post area for a hexagonal shaped commercial building with a spectacular view of the bay. A multi storey car park building next to the passenger terminal, PUC power and sewerage management facilities for berthing vessels and other commercial buildings which can house restaurants and entertainment facilities are also being proposed.

As the delegation left the passenger terminal there was a proposal to cover the channel next to the ‘Grande Croix’ and join the reclaimed area of Ile Eve annex to the Baie Ste Anne coastal area opposite. This is especially as the channel has visibly become a site for deposit of rubbish being brought in by the tides.

The delegation then continued to the Seychelles Fishing Authority (SFA) development project on the reclaimed area next to the current round about. The project includes a new building which will house a fish and vegetable market, gear stores, conference room, staff facilities as well as other fishing related facilities. All is on schedule so far and completion is expected by the end of this year.

Two new reclamation sites are also being proposed in Baie Ste Anne for marina hotel developments. One is in front of the police station and the other in front of the old ‘Fish Trap’. The latter is expected to include a bridge which will connect the main Eve Island to Praslin in order to provide an alternative access to the island.

The current Baie Ste Anne passenger jetty was next. Here the delegation discussed the fate of the area after the passenger terminal moves to its new location at Eve Island Annex. There is proposal for a marina with pontoons for leisure yachts next to the current Dream Yacht Charters pontoons.

The Seychelles Coast Guard will then occupy the main jetty area and this will allow it to ensure better maritime security for the inner islands as well as provide opportunities for the several staff who are originally from the inner islands. The possibility for a refuelling station will also be discussed.

The visit then continued in Grand Anse where the delegation visited the current ice plant which is already operational and discussed pending desilting work next to the jetty. There is proposal to extend the jetty and maybe turn it into an entertainment area similar to the ‘Brighton Pier’.

The delegation then journeyed to La Digue in the afternoon. The La Passe Port extension project was first on the programme where work is in progress to reclaim the coastal area adjacent to the current jetty in order to separate the cargo and passenger terminal.

Work on the new hospital is also progressing on track and the delegation could get a more comprehensive explanation of the building itself. The new hospital is expected to include specialised rooms and services including family planning, x-ray, dialysis and others. There is a proposal to maintain the current staff facilities being used by the construction team to be converted into a ‘leisure camp area’ on the island.

Lastly, the delegation moved to the current land fill which is expected to be cleared for the setting up of a sewerage treatment plant. However, removal of the scrap metal which has piled up over the years has become quite difficult and there is therefore a proposal to move the sewerage plant on the next plot in order not to delay the project as the scrap metals are eventually shipped to Mahé.

At the end of the visit, President Ramkalawan shared his satisfaction and appreciation of the work being done by all stakeholders on the various development projects.

He expressed his hopes to have the majority completed by the end of this year so that 2023 will see the conceptualisation and presentation of new project developments to the inner island community.

“We shall compile all the proposals from today’s visits, analyse them further and come up with a proposal plan which we shall present to the inner islands community for their input,” President Ramkalawan noted.

“Our interest is to work and implement new development projects which will benefit the population. Although we are going through a difficult time economically, there are instances where we have been assisted by partner countries or stakeholders such as the Seychelles Fishing Authority (SFA) and Seychelles Ports Authority (SPA) for important projects. When we see the need to invest, we will definitely do so.”

“However, it is important to note that this new administration wishes for direct participation from the private sector. For example, the Baie Ste Anne ‘new town’ development project is open to all businessmen to hand in their expression of interest. These are great business opportunities so come forward and make the most of it. Bring your capital and help us develop our islands.” 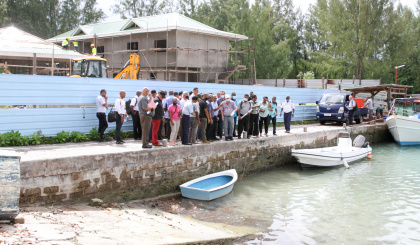 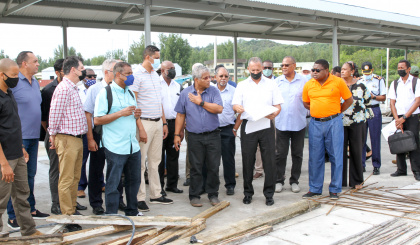 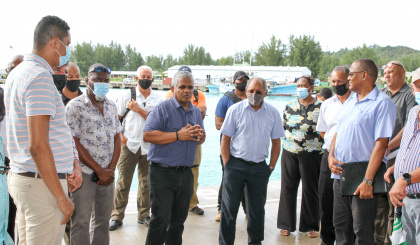 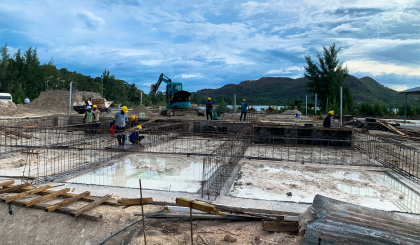 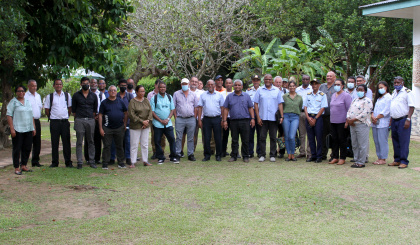 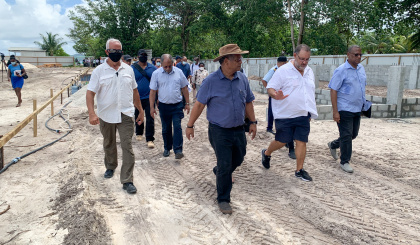 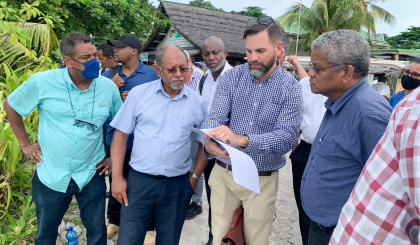