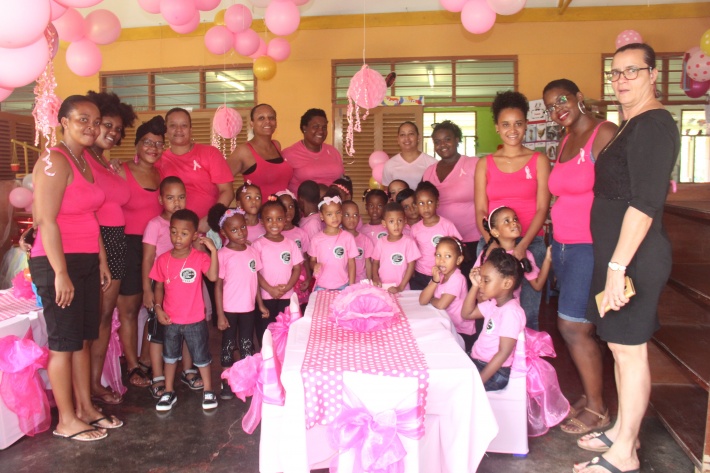 The International Children’s Day is recognised globally on June 1 to honour children all over the world.

It was established to push forward the general objectives of children and secondly to initiate action to benefit and promote the wellbeing of the world’s children.

For the children of Seychelles they celebrated their day yesterday. Seychelles NATION spent the day at Perseverance secondary school and Plaisance secondary, primary and School for the Exceptional Child.

For the crèche students at Plaisance primary school their day was a bit special as their theme for yesterday was cancer awareness.

A year two class was wearing pink in honour of their classmate’s parent who is currently battling cancer.

They started the day with an assembly where the students and teachers animated it with different hymns and prayers followed by an address by Judy Josias, the teacher-in-charge of the crèche.

“Today is a day where we celebrate children all over the world, but we must also remember those suffering from illnesses like cancer,” said Ms Josias in her address to the students.

She followed by saying that “today we stand with all of the children and parents suffering from this illness and we stand in solidarity with our friend who is battling this ailment”.

Elsewhere the primary students were already enjoying their party as they proudly posed for photographs and were eager to show their various dance moves.

Stephanie Jean, a P4 pupil, said that International Children’s Day for her is a special day as it celebrates the children of the world.

She added that she had been dancing and having fun with her friends from morning.

A school teacher at Plaisance primary school said they noted that this day is not only set to celebrate children for who they are, but it is a special day to make them feel important and to bring them together to explain them not to be violent and make them understand other forms of abuse, discrimination and exploitation.

A few metres away at the Plaisance secondary school, they were half-way through their assembly and everyone was cheering on as the head teacher of the school, Raymonde Lavigne, was rewarding students who had made a positive change towards their behaviour.

The secondary students also showed off their talents by performing various original songs and dances, but the highlight of the assembly was the expatriate teachers who had donned on their best traditional outfits to entertain the students in a fashion show.

Ms Lavigne said that they started the day with a blessing as it is important to remember God, while celebrating this day.

She said that the school has established relations with Reunion where 25 students will be visiting Seychelles and attending Perseverance secondary.

“If all goes well with the support of the ministry of education and the Mayor of Victoria, 25 students from Plaisance secondary will then have the chance to visit Reunion,” Ms Lavigne said.

She also noted that in order for the day to be successful the school had taken many precautions to ensure that alcohol and other drugs do not enter the school premises.

Elsewhere the pupils from the School for the Exceptional Child also participated in the festivities.

The Seychelles National Youth Assembly (SNYA) also presented each class at the school with a cake and soft drinks.

“The aim of this donation is to make the pupils of the school feel more important for the day, and also show them that SNYA is always there to assist them in any way it can,” said coordinator Jeanette Ali.

Perseverance secondary school also joined in on the Children’s Day celebrations by organising a fun fair for students. Around the school premises, various stalls were set up comprising activities including ‘guess the weight of the cake’, hoopla, a stall for maths and science as well as a water slide and bouncing castle.

The day kicked off with an assembly in which teachers at the school put on musical and dance performances for the students before reciting a prayer for all children around the world on the occasion of Children’s Day.

Students were then able to interact with their peers from different levels and classes around school premises as they participated in the various activities. The highlight of the event seemed to be the water slide and bouncing castle that attracted the majority of students.

Acting head teacher of the institution, Marie-May Ntep, said the school activities were organised to give all students, regardless of their age, an opportunity to interact with each other and to enjoy activities that remind them that they are indeed kids.

The accompanying photos show some highlights of the activities organised by the schools. 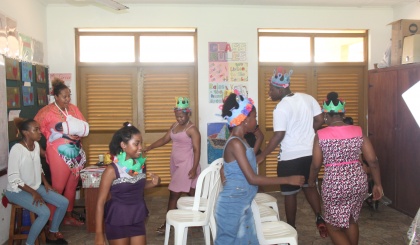 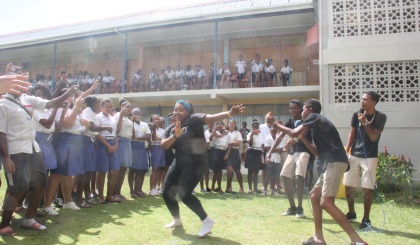 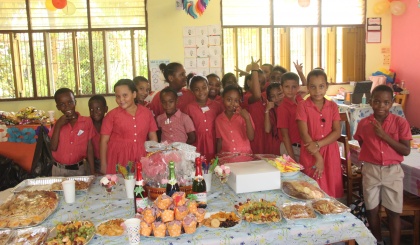 Tertiary Education Commission to be dissolved |14.06.2021

IECD globally recognised as a leader in early childhood |02.06.2021