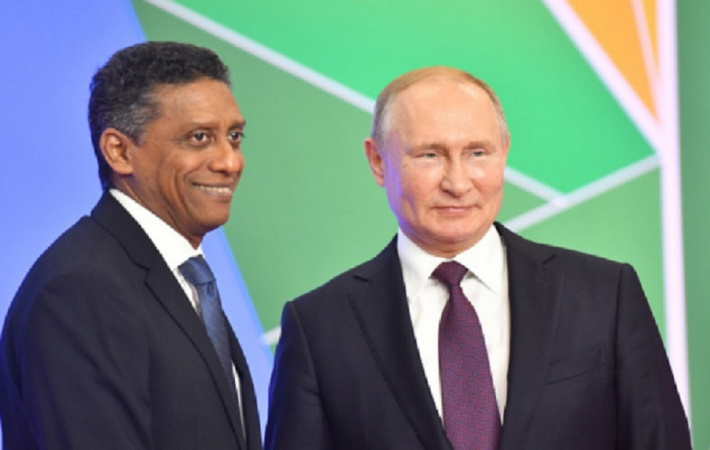 President Danny Faure attended the first day of the Russia-Africa Summit in Sochi yesterday morning where he made a statement.

Addressing President Vladimir Putin, co-chair President Abdel Fatah Al-Sisi, and other African heads of State and Government, President Faure continued, “The next frontier for Africa’s development is the Blue Economy. We count on the Russian Federation to build new partnerships as we harness the opportunities of the Blue Economy.

“As we concentrate our efforts in building our partnership for the benefit of our people, we must be mindful that climate change remains the number one global threat to our existence.”

Seychelles continues to be a leading voice in the urgent need for climate action and sustainable development across the continent.

President Faure said today, “we count on the Russian Federation to accompany us in these defining moments to truly combat climate change. Seychelles will continue to raise its voice in all fora for climate action, ocean protection and the blue economy.”

The first-ever Russia-Africa Summit was opened by President Vladimir Putin.

The two-day event will see more than 3,000 delegates from across Russia and Africa to discuss an array of topics including nuclear energy and business investment.

In the panel discussion facilitated by economist Charles Robertson, President Faure shared how Seychelles is the richest country in Africa because of its consistent human development-centred policies, and political stability. “What is the oxygen for development? It is peace and stability,” said the President.

He encouraged international investors to explore the opportunities available in the Blue Economy, and how it is the next frontier of development for the continent. 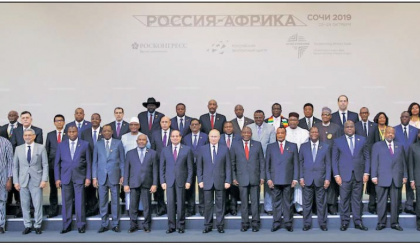 Summit delegates in a souvenir photograph with President Putin