Many constitutions in countries of Southern and Eastern Africa, position the judiciary as the final bastion against the abuse of power by other branches, President Danny Faure has said.

Chief justices and senior judges are among 120 delegates from across Southern and Eastern Africa taking part in the two meetings.

Under the theme ‘Without Fear or Favour: maintaining a strong, impartial, independent and accountable judiciary’, the chief justices, senior judges and other judiciary delegates are reflecting on experiences and sharing lessons learnt to better strengthen and reinforce the best judiciary practices for their respective countries.

It is the first time Seychelles is hosting the forum and annual conference.

Apart from focusing on individual and institutional aspects of judicial independence, the Southern African Chief Justices’ Forum (SACJF) is through a series of interactive panel discussions, targeting questions and group work, also discussing on judicial impartiality and accountability recusal practices, financial autonomy and the resourcing of judiciaries, on the appointment and removal of judges, recusal and accountability mechanisms, among others. The Southern African Judicial Administrators Association (SAJAA) is seeking for other member states to join in.

It was President Faure who officially launched the forum and annual general meeting yesterday morning in the presence of National Assembly Speaker Nicholas Prea, president of the Court of Appeal Francis Macgregor, chief justice of the Supreme Court Mathilda Twomey, secretary of state for foreign affairs Barry Faure, chief justice of Malawi and the chairperson of SACJF Andrew Nyirenda, chief justice of Zambia Irene Mambilima, vice-chair of SACJF and chief justice of Namibia Peter Shivute, vice-president of SAJAA Walter Chikwana, judges, masters and registrars, magistrates, members of the diplomatic corps, sponsors, partners and other stakeholders.

The SACJF was established in 2003 to, among other things, uphold the rule of law, democracy and independence of the courts and to promote contact as well as co-operation among the courts in the region of its operation. There are 12 members in the association, including Seychelles and only 10 chief justices are present for the forum and annual meeting.

Addressing the gathering, President Faure, who welcomed the international delegates to our shores, said that democracy is the result of a delicate status quo that requires the continual maintenance of a system of checks and balances. It therefore prevents the accumulation and abuse of power while ensuring also that governments do exist to serve the citizens and not the other way round.

President Faure noted that “the importance of the judiciary in maintaining and sustaining this status quo cannot be understated as this is reflected in the fact that many of the constitutions in our region, position the judiciary as the final bastion against the abuse of power by other branches.”

President Faure explained that foundational to every constitutional democracy, therefore, should be an independent and impartial judiciary.

He further said that the independence of the judiciary is not only important to those working with the institution but it is also important to the executive and the legislature and the public in general.

“It is therefore imperative that judges have the ability to make decisions to protect and enforce the rights of all people and settle all matters regardless of identity or status,” President Faure said, noting that the judiciary’s decisions should be made without fear of reprisal or favour and they should not be subjected to political influence.

President Faure said that through the hosting of this year’s forum, Seychelles is proud to play its part in facilitating shared learning and co-operation among the judiciaries represented and beyond.

Speaking at the workshop, Chief Justice Twomey said that judiciaries around the world face constant and ever-evolving threats to their independence and our region is no difference.

She noted that “increasingly, judicial independence is a critical element of the often mentioned, seldom understood, concept called the rule of law”.

Chief Justice Twomey continued by saying that hence therefore, to uphold the rule law, the justice system must be accessible and impartial, with every individual treated as equal before the law.

“Judicial independence has both a personal and an institutional quality: it demands certain qualities of a judge as reflected in their judicial oath, but also the establishment of institutional mechanisms aimed at maintaining the impartiality of the system,” Chief Justice Twomey said.

She later said that the Seychelles judiciary is looking forward to seeing the setting up one day of a Judicial Services Commission (JSC), responsible for the appointment, promotion and termination of judges. She noted that we are the only country in Africa without such a commission.

“Contrary to the work being done by the Constitutional Appointment Authority (CAA) which we respect, I think people in the judiciary, including myself as the head, are in a much better position to do the job as we know the judicial performance of the persons in question better,” Her Ladyship Twomey said.

SAJAA vice-president, Mr Chikwana, also took the podium to speak about key aspects and road map of the association.

He said that member states are sought to continue engaging and to look at ways of harmonising the organisational structure within member countries where such institutional structures in some states are designed in a way which may weaken rather than strengthen the judiciary. He noted that other member states will soon be joining the 12 states that are already members.

In his address, the chief justice of Malawi and chairperson of SACJF, Mr Nyirenda, said that over the years it has been noticed and taken note that the credibility of SACJF imperatively depends on the tripod of independence, impartiality and accountability.

He further said that more emphasis are placed on these three inter-related concepts and that without one of them “our judiciary could not stand stable and let alone inspire the trust and confidence of the society that we serve”.

He also urged judges to remain independent and impartial in their decision-making.

The SACJF forum and the SAJAA annual meeting ends today. 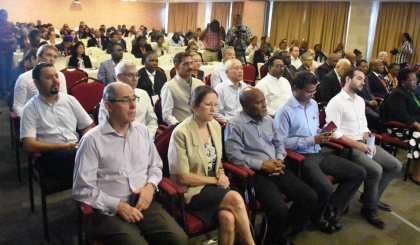 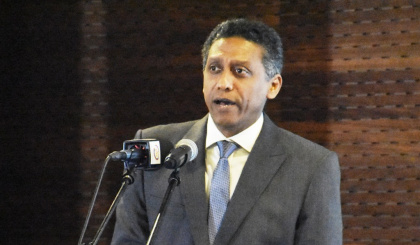