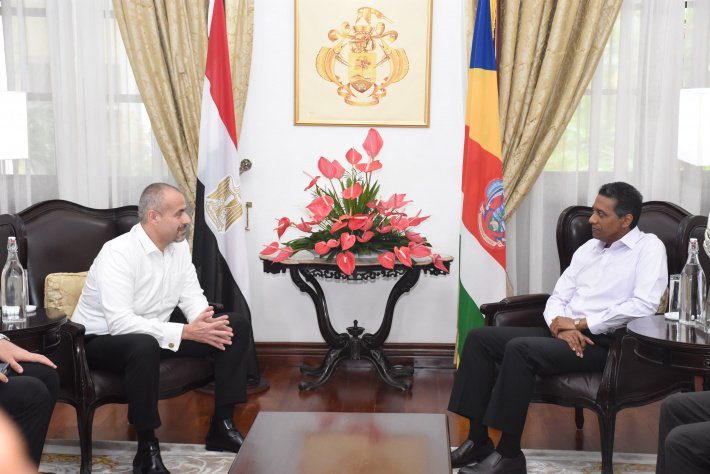 First to arrive was Ambassador Oded Josep of Israel. In his meeting with the head of state, Ambassador Josep, who will be based in Nairobi, stated that they discussed a number of projects that will benefit the country.

“Tomorrow (Thursday) Air Seychelles’ inaugural direct flight from Tel Aviv, Israel to Seychelles will cement the relationship between both countries and will also serve as a vehicle to bring the two countries closer to each other,” said the ambassador.

He added that he will work hard to get the relations between Israel and Seychelles strengthened in terms of trade and business.

He noted that the potential is huge in many fields such as agriculture.

“Especially now that we have a direct flight, tourists from Israel will increase and hopefully Seychellois will also be able to visit Israel,” said Ambassador Josep.

The ambassador ended by thanking President Faure and the people of Seychelles for the warm welcome and added that he looks forward to working with the Seychelles in the next few years.

The second ambassador to present his credentials was Ambassador Khaled El-Abyad of Egypt, who noted that he and President Faure agreed to take the excellent relations that exist between Egypt and Seychelles to the next level.

Ambassador El-Abyad also discussed the situation of the three Seychellois men imprisoned in Egypt. He noted that the Seychellois convicts have been transferred to another prison closer to the capital, Tel Aviv, which has much better living conditions.

He also noted that 23 Seychellois have undergone capacity training in Egypt earlier this year and his plan is to increase that number.

Like his Israeli counterpart, the Egyptian ambassador will also be based in Nairobi, Kenya.

The last ambassador to call on President Faure was Ambassador Christian Fellner of Austria. He noted that he had the opportunity to discuss with President Faure a number of things that the two countries have in common such as the environment.

“More than seventy percent of our electricity comes from renewable energy. Other environmental issues such as waste management was also on our agenda,” said the ambassador.

He also added that in two days a team of Austrian experts will present a research they have done on the floating platform on the sea where they capture energy from solar light since land is limited and this may be a good option for Seychelles to generate energy.

“We have a very strong tourism sector in Austria and we have very good schools in that particular field and I have discussed with President Faure about the scholarships whereby we train foreigners in high level hospitality sectors,” said the ambassador. 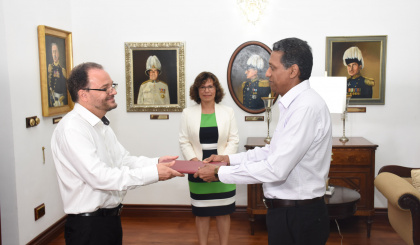 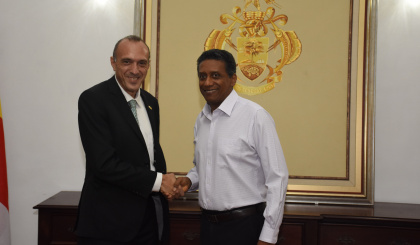