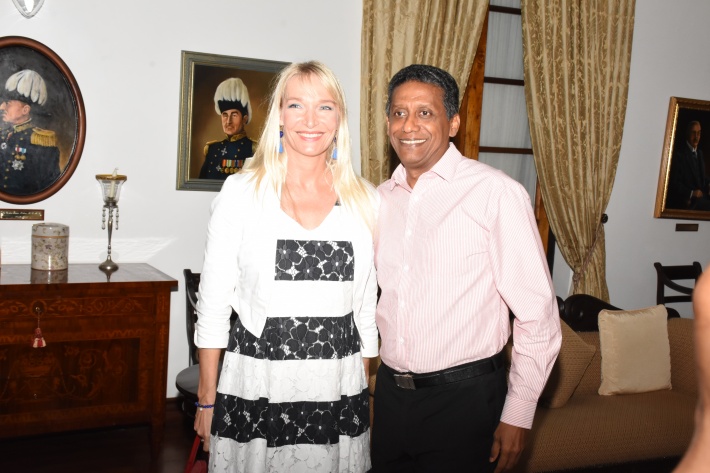 Ambassador Sall on her farewell visit

Marjaana Sall, the outgoing Ambassador of the European Union (EU) to Seychelles for the past four years, bid farewell to President Danny Faure at State House yesterday morning, as she prepares for a post at the Finnish Foreign Service in Helsinki.

The farewell visit was an opportunity for Mrs Sall and President Faure to discuss the partnership between Seychelles and the EU, the various accomplishments over recent years as well as the future of the partnership.

“The fishery partnership is solid, economic partnership is solid which has made Europe the biggest destination of Seychellois exports – over 50% of Seychellois exports go to EU market. And so most of the foreign investment coming into Seychelles is European. But I'd be very happy to see focus in some of key areas we work together – climate change is one area, business and environment is another,” Mrs Sall remarked.

The EU has also been collaborating with Seychelles to end gender-based violence and domestic violence and to strengthen institutions and the electoral framework during the last elections.

Asked if the recent EU Parliamentary elections held in May will impact on the partnerships between the EU and partnering countries, Mrs Sall expressed her satisfaction with the outcome of the elections, in which pro-Europeans were victorious. Currently, the EU is in the process of nominating new commissioners, the president of the EU Commission, the president of the Council and the new high representative.