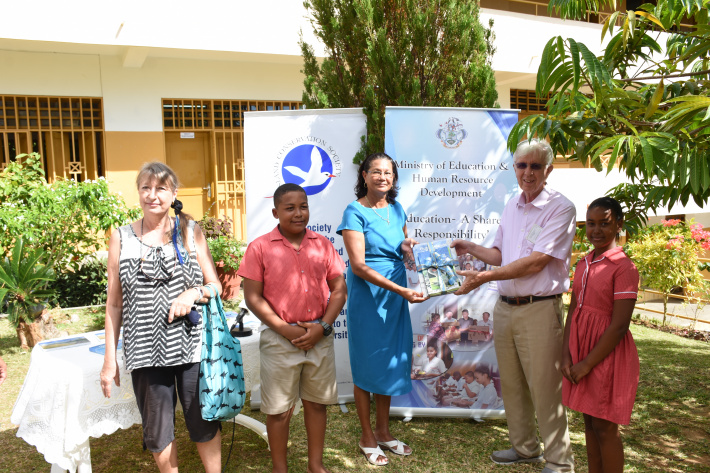 Students will now be able to explore the different islands of Seychelles without leaving the comfort of the classroom, thanks to a donation of books that the Island Conservation Society has presented to the Ministry of Education and Human Resource Development.

The books were presented to the principal secretary for Early Childhood, Primary and Secondary Education, Dr Odile De Commarmond, in a ceremony held yesterday at the Mont Fleuri primary school.

A total of 1500 books will be shared among public and private schools including post-secondary institutions.

Speaking to the press after the ceremony, Adrian Skerrett, one of the authors, noted that over the years, ICS has produced a series of instructive and educational books, highlighting the human and conservation story of the unique islands of Seychelles.

“These contain a wealth of information not to be found anywhere else. The authors of the books donated their time and expertise freely towards the conservation endeavours of ICS. Now ICS wishes in turn to share these informative resources freely with all the schoolchildren of Seychelles by donating copies for use in every school in the country to support education for sustainable development programmes like the Seychelles’ eco-school programme,” he said.

“We were able to interview various people who lived on the island and we were able to get various pictures which we included in the books,” said Mr Skerrett.

On her part Dr De Commarmond thanked ICS for its donation and noted that it will benefit the eco-school programmes at the school.

She added that this donation is creating a new partnership between the ministry and ICS.

“There are many things that we can do together and make more publications with your support and partnership,” the PS added.

Brief summaries of the books:

Outer Islands of Seychelles is a collaborative work with contributions from more than fifty people. Chapters include a series of interviews with the people of the outer islands, telling the story of a way of life that could be harsh and sometimes short, with no possibility of assistance in the case of emergency. Today, there are airstrips for emergency evacuation and satellite communications to maintain daily contact with the outside world.

There are also stories of how the islands were created and how they were discovered, charted and settled. There are features on a wide variety of subjects: piracy, climate change, gris-gris and ghosts, seagrass and cyclones, murder and mystery and the hope for a new future where islands are valued not just for their economic resources but their natural resources, too. The book is lavishly illustrated with maps, diagrams and photographs, many of which are not available elsewhere. Despite all the changes wrought upon them, the outer islands remain some of the most beautiful islands of planet Earth, epitomising the human dream of untouched tropical splendour. In a world where unspoilt beauty is an increasing rarity, the outer islands are priceless. They are among the last islands on earth where untamed nature rules supreme.

Everyone who takes an interest in the birds they see around them enjoys being able to put a name to them. It is one of the great joys of birdwatching and often the first step in becoming interested in their lives and their conservation. Endorsed by Lenstiti Kreol, Zwazo Sesel is the first book to give a Creole name to every species of bird that occurs in Seychelles and explain the origin of these names and the folklore connected with them. It also gives the English, French, and scientific names, explaining the story behind where these names came from.

This is not just a book about birds, it is a book about languages and how they relate to each other. It is a book about the often weird and wonderful way in which names arise in a language. In French and English, every species has a unique official name (some having two or even more). If a new species is discovered, it will instantly receive a French name and an English name, as well as a scientific name, so why not Creole? Names no longer emerge through the old process of evolution. They are thought out and put down on paper. There is no reason for Creole names not to be created in a similar manner. Their survival thereafter is up to the people that use them.

Aride is one of the most important seabird colonies in the Indian Ocean, with the world’s largest populations of two species, the world’s only natural population of Bwa Sitron and a rich marine environment. Aride island, Tread Lightlywas produced to celebrate the 40th anniversary of the declaration of Aride Island as a Special Reserve. But it is more than that, it is the story of the evolution of conservation in Seychelles. It is the story of how attitudes towards the environment have changed in a single generation.

Forty years ago, most people still regarded the environment as a resource to be exploited without care for the future: a bottomless well that would never run dry. Seychelles can proudly boast that it is one of the world’s pioneers of conservation. Today, there is an increasing appreciation of the fragility of the planet and the need to protect places such as Aride.

The accompanying photographs taken by our photographer Anel Robert show highlights of the handover ceremony yesterday. 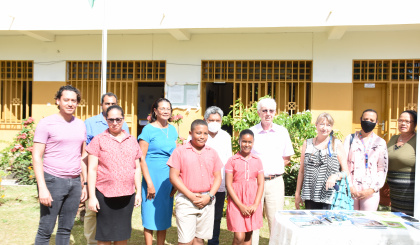 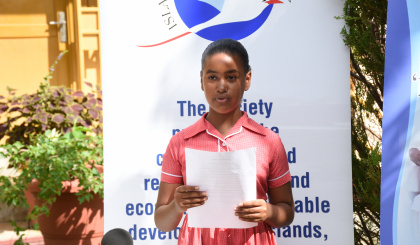 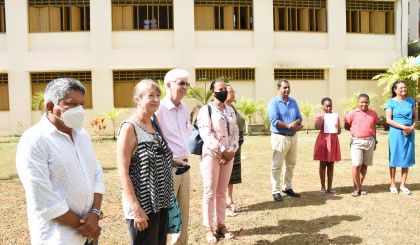 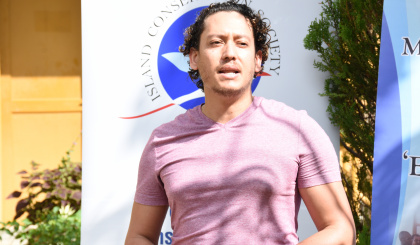