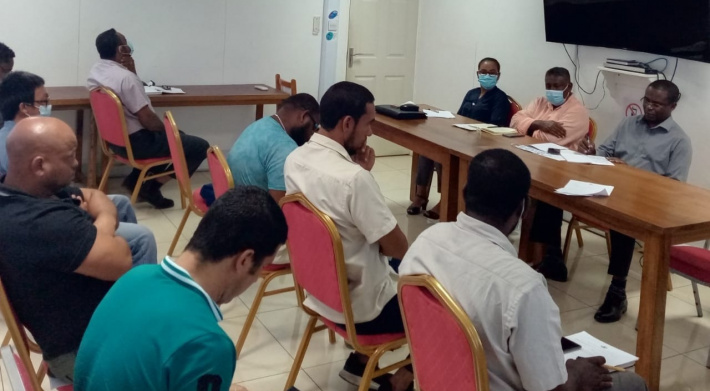 Meeting with the farmers’ associations and other members on Mahé

Government is committed to increase agricultural production and add value to local produce however farmers are being constrained by issues affecting the crop and livestock production.

The Minister for Agriculture, Climate Change and Environment, Flavien Joubert, met members of the five farmers associations on Mahé last Thursday to enlighten them on government plans for the agricultural sector for the next five years and also hear the concerns of the farmers.

The meeting took place in the presence of principal secretary for Agriculture, Antoine Marie Moustache and the chief executive of the Seychelles Agricultural Agency, Linetta Joubert.

The farmers highlighted a number of issues and expressed their disappointments, claiming that they were not receiving the appropriate support from government. These include no recognition, issues with the lease of agricultural land, new classification of farmers, unavailability of materials, financing among other factors.

A lengthy discussion was held on the issue of having the national abattoir under the responsibility of the government.

The minister pointed out that funding is available under the Livestock Trust Fund and the European Union has committed to the government in providing all the relevant equipment. Minister Joubert also reassured them that he would do his utmost to try and rectify those issues.

Furthermore, during a courtesy visit on Praslin, the minister had the opportunity to meet with the chairman of the Grand Anse and Baie Ste Anne farmers’ associations at the SAA office, Grand Anse Praslin. The chairman expressed similar issues that farmers are facing and the minister reassured them of his commitment to engage with them and to find solutions to the problems they have been facing.

Minister Joubert will formally meet with the representatives of the two associations including the Farmers Association for La Digue to help solve the major issues and to engage with them in increasing national food production in Seychelles. 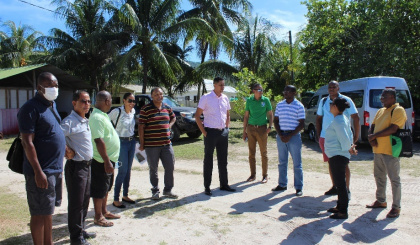 Courtesy visit to the SAA office on Praslin