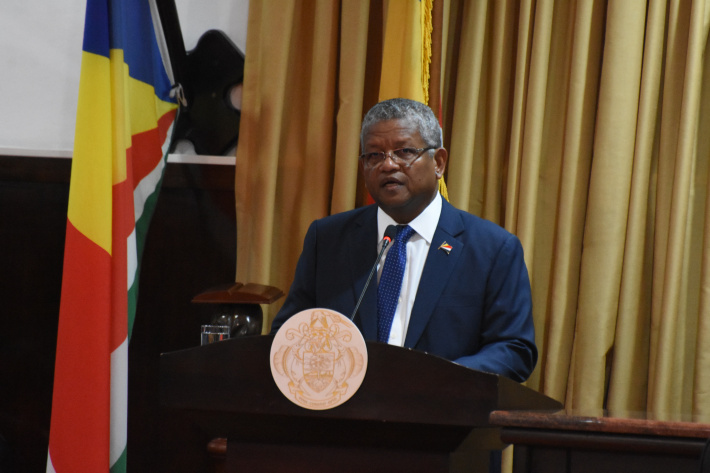 The much awaited 13th month salary will not be paid this year to any employees, either in the public service or in the private sector, due to the current economic crisis.

President Wavel Ramkalawan made this announcement yesterday while addressing the National Assembly for the first time since he was elected in October.

The decision to forego the 13th month pay was made following significant analysis of the country’s current and near-future economic outlook, which looks quite dire.

According to the president, economic experts are predicting the local economy will contract by 13.5% or more for 2020 compared to a contraction of 10.8%, forecasted earlier this year at the start of the pandemic.

Additionally the main pillar of the Seychelles economy, the tourism industry, is anticipating 73% less in visitor arrivals at the end of this year compared to 2019.

President Ramkalawan painted a somber picture of the economy, which has been greatly impacted by the Covid-19 pandemic, to the National Assembly and to the population watching the live broadcast, and at various occasions stated the need for sacrifice and hard work.

The 13th month pay, which would have been a relief for many, will be among one of those sacrifices Seychellois will have to make for the betterment of the country.

It is to be noted that, under the law, it is an offence for employers to not pay the 13th month salary which is why President Ramkalawan noted that the Attorney General is working on legislative amendments to deal with this issue.

“Given the economic situation with the continued devaluation of the rupee and reduction of dollars entering the government coffers, the government which is already paying employees working in the private sector, finds itself in an impossible position to pay the 13th month salary,” announced the president yesterday.

This includes for the president, vice-president and members of parliament and this will once again be legitimised through an amendment.

Cost cutting measures are also expected outside of the country with the announcements that Seychelles plans to close three of its embassies in Sri Lanka, Cuba and Geneva, Switzerland.

It would also seem that the relief schemes Financial Assistance for Job Retention (FA4JR) and Seychelles Employment Transition Scheme (Sets) will carry on into 2021 in one form or another.

President Ramkalawan noted that the FA4JR structure will be revised for next year since “the country cannot sustain an expenditure of R1.4 billion”.

Meanwhile Sets and other employment programmes such as the Unemployment Relief Scheme (URS) and My First Job will have to play a more active role in ensuring qualified Seychellois replace their expatriate counterparts, said the president.

To weather these “turbulent times”, President Ramkalawan stated that Seychelles has already entered into negotiations with the International Monetary Fund (IMF) to assist Seychelles, via an economic programme, in addressing public debt, price stability and balance of payments.

However not all of the announcements in the president’s address yesterday were bleak.

President Ramkalawan stated that a private investor, who seeks to remain anonymous, has promised to gift Seychelles 100,000 vaccines, which is considered 95% effective, being developed by a company called MODERNA when the vaccine is commercialised early next year. This equates to one vaccine per Seychellois, and then some.

The president also announced that businesses with foreign exchange at hand, which is not taken from the already burdened financial system, will be able to use their foreign exchange to import their vehicles.

President Ramkalawan’s address yesterday was one which underscored the grave economic and health crises the country faces, and the absolute need for Seychellois to band together to work hard.

Cabinet considers a number of legal and policy memoranda |17.06.2021