Cinnamon industry back under the spotlight |27 May 2021 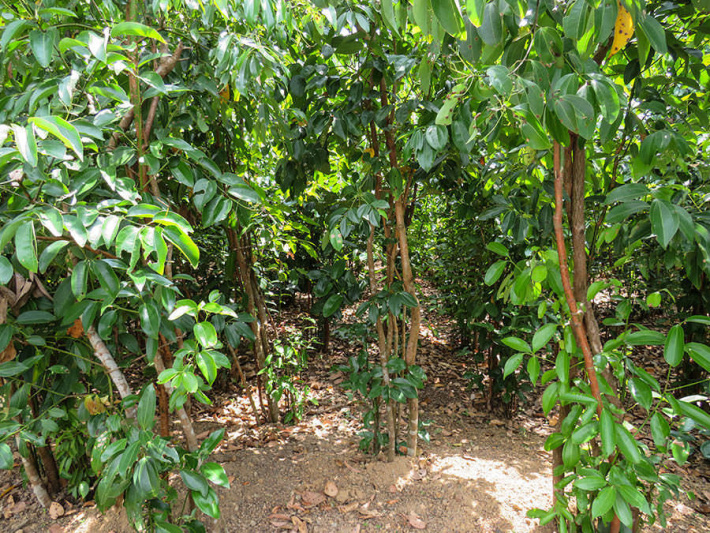 The exportation of cinnamon, once an important mainstay of our economy, lost its lustre with the opening of the International Airport in 1971 when the focus shifted on tourism.

With the Covid-19 pandemic proving how unreliable the tourism industry can be, the government is now shining a spotlight on the cultivation and exportation of cinnamon once again.

In an interview with the press this week, the Minister for Investment, Entrepreneurship and Industry, Devika Vidot, said that the government has been working on a comprehensive plan to identify resources in Seychelles that we can promote for exportation to increase the amount of foreign exchange entering the country.

Joining her on the panel to discuss the project was the principal secretary for Investment, Michael Nalletamby, representative from the ministry of land Naddy Valmont, and the chief executive of the Seychelles National Parks, Selby Remy.

“The objective of the programme is to create a new source of revenue for Seychelles through our natural resources. Just exporting cinnamon will not suffice so we want people who are willing to take part in this industry to create value added products such as perfume so that it can be sold locally as well as internationally,” said the minister.

“Cinnamon is found abundantly in Seychelles as it is an invasive species which require constant attention by the Ministry of Environment to put it under control, so government decided that since the spice is abundant it will serve as the first resource that will be used for exportation,” continued Minister Vidot.

She said on top of that Seychelles has a history of exporting cinnamon so it will not be anything new.

The minister added that the government’s involvement in the project will be to provide land to investors for them to be able to harvest the spice.

She added that revenue from this sector will not immediately yield the same results as from fisheries and tourism but it will show the government’s initiative to seize the opportunity to use a resource that is being cut down and thrown away.

Another aim of this project will be to create employment in the extraction of cinnamon as well as in the distilleries and creation of value added products.

The programme itself will include four options:

Option one will be identification of land in the national park that will be made available for businesses who are interested in extracting cinnamon. The minister added that the land has already been identified and will be tendered out to interested parties.

The second option will be to identify land banks where there is an abundance of cinnamon. This will be made available on a ‘first come, first served’ basis.

The third option will be up to investors to identify government land that has cinnamon on it and ask for access.

In options 2 and 3 individuals should liaise with the Seychelles Investment Board for allocation of land.

The fourth option will include private properties who have cinnamon growing on their grounds. In this instance the owner is welcome to sell the cinnamon to investors at an agreed rate.

Government land that has been selected for the project are all on Mahé. However, the minister noted that if demand increases then they will look for more land on other islands.

For the time being the minister is allowing only Seychellois businesses to participate in the project.

On his part PS Nalletamby noted that before announcing the project they researched markets that will benefit Seychelles once it starts exporting cinnamon. He noted that the main markets right now are Pakistan, Germany, United States and India.

In the region the PS noted that we will benefit from the Southern African Development Community (SADC) and Common Market for Eastern and Southern Africa (Comesa) who have a billion dollar market for cinnamon.

At the moment there are seven companies that are exporting cinnamon and cinnamon based products but only one is operational.

Minister Vidot added that when it comes to labour we will not go back to the way it was 100 years ago as the industry has been modernised.

Regarding the market, Minister Vidot noted that our cinnamon is of much higher quality compared to our competitors, adding we will benefit from the European market as they look for quality. 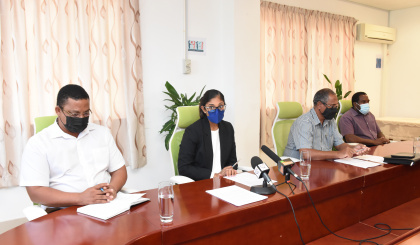