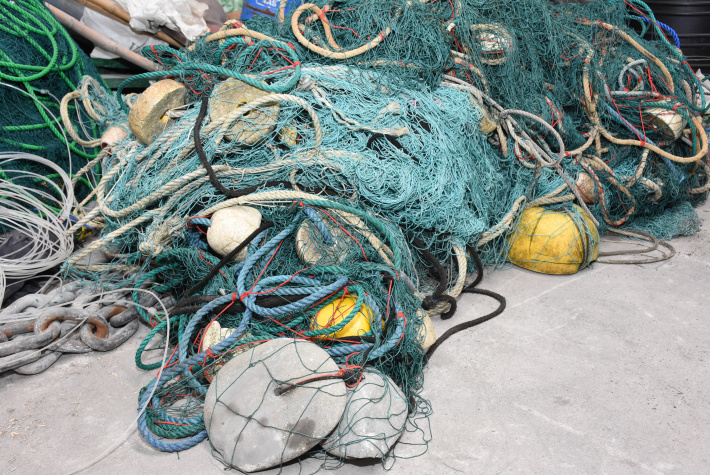 The net used to catch the sharks

The Seychelles Fishing Authority (SFA) has reported that it has seized a total of 20kg of 98 different species of juvenile sharks caught illegally through fishing nets by three local fishermen.

Speaking to the media at SFA’s Providence Fishing Port, Roddy Allisop, SFA’s assistant manager for monitoring, said that the three Seychellois fishermen were caught red-handed by the SFA inspecting team who was on a routine patrol on the morning of June 17, 2021.

They were intercepted on their mini Mahé boat off the coast of Ile Perseverance while they were unloading their catch from a non-permitted gillnet.

The 145-metre net, of mesh size 11.1 centimetres, had been left overnight in the channel and the three had come to retrieve their catch at 6am the following day, when they were caught.

The sharks caught was a mixture of 57 black tip, 7 spinner head, 1 bull and 33 scalloped hammer heads, which is also listed as endangered species. They are being guarded in a refrigerated container at the SFA port at Providence while the seized net is in a warehouse in the same area.

Yannick Roucou, SFA’s legal advisor, explained that under the Seychelles fishing regulation, fishing nets are not authorised to catch sharks. Only hand lines can be used to do so.

He noted that under the law, if a person is caught using any illegal fishing method to catch sharks he or she can be prosecuted and fined up to R10,000. SFA authorises the use of licensed fishing nets for fishing three types of fish only, namely mackerel, slipper lobster and sardines.

He added that SFA does not issue licences for the use of gillnets in Seychelles which are used in some other countries such as Sri Lanka.

Mr Allisop explained that the case is still under investigation and further information will be given later regarding the three fishermen.

He stated that once the investigation is complete, the sharks will be discarded as they do not sell any fish caught illegally.

Since 1991 the SFA has banned the use of fishing nets to catch sharks under its regulation.

On Tuesday this week, a second incident involving illegal fishing of sharks was reported at Beau Vallon but Mr Allisop said that the police are still establishing the facts for this case.

Mr Roucou reminded the fishing community and the public in general that it is an offence to target and fish sharks using fishing nets.

A gillnet is a wall of netting that hangs in the water column, typically made of monofilament or multifilament nylon. Mesh sizes are designed to allow fish to get only their head through the netting but not their body. The fish's gills then get caught in the mesh as the fish tries to back out of the net. When they try to back out, the netting catches them by their gills or fins, and many suffocate. 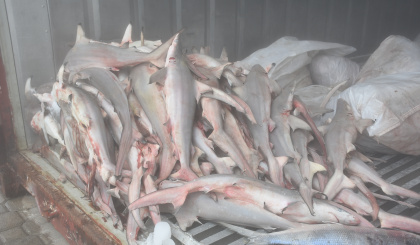 The juvenile sharks that have been seized 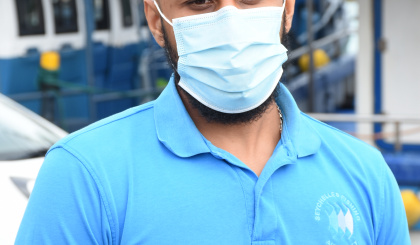 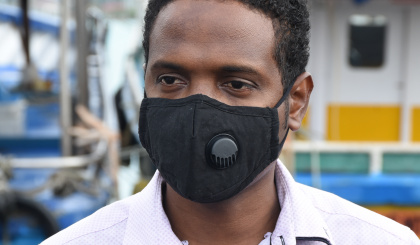