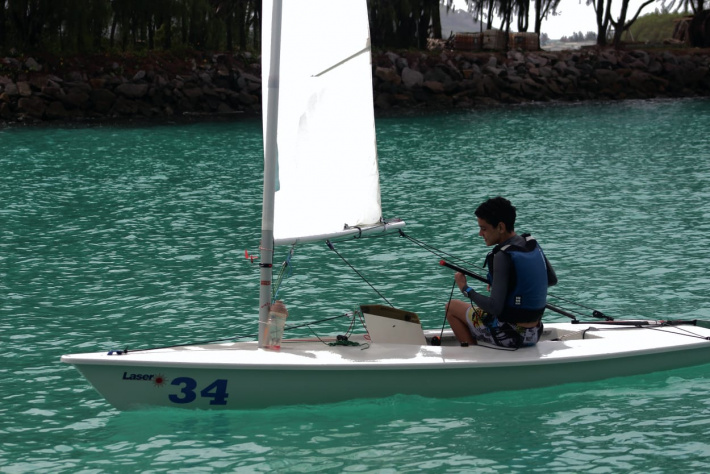 Luca Marzocchi picked up where he left off last season

Veteran Julie just managed to fend off the challenge of Olympic-bound Govinden in the last race.

With the two sailors having won two races apiece in the Laser open category, the more experienced Julie pipped his young protégé on the line to claim the win in the L’Habitation-sponsored races.

Julie was delighted when he spoke to Sports NATION after the first series of races for the new season.

“I did not realise I had won the overall competition today which makes me quite pleased after more than a year where I have not raced consistently and I’m still excited about competing as I’m addicted to this sport though I’m also involved in yachting nowadays. As for today, the weather condition was favourable with shifty winds and I had to use different tactics and overall it is a good start to the new season for me on a personal note,” revealed the 44-year-old coach.

Julie also said he was more pleased that some young sailors who have graduated recently competed for the first time on Saturday.

“I’m very happy to see these young sailors who are under my guidance competing today and they did so well on their debut and I wish them well for the coming races,” Julie said.

Young Luca Marzocchi picked up where he left off last season as he continued his dominance of the Optimist category sponsored by Hunt Deltel, winning all five races.

Marzocchi, who had two other rivals on Saturday, was a class above them and he was very pleased with his showing on the opening day of the season.

“The wind was a bit strong but I was able to keep a steady race so I’m quite satisfied with my performance as all went well and I plan to work hard to retain my title in this category,” the 14-year-old Plaisance secondary student told Sports NATION.

Marzocchi is in his last year in this age group.

In the other two categories, Paul Morel came out on top in the Swim Blue Pool Care-sponsored Laser radial group following by Kenny Constance and Loïc D’Offay in second and third places.

In the 4.7 category Ryan Alcindor took three first places out of five races to triumph ahead of Greg Esparon and Jaden Vidot who completed the podium. A total of nine sailors took part in the first round of races.

The SYA Kitesurfing Cup A has been won by Dominic D’Offay and he was followed in second and third places by Neddy Ernesta and Mathieu Ferrari respectively.

According to Seychelles Yachting Association chairman Alain Alcindor, the races have started a bit late due to health restrictions.

“We were supposed to start our season in June but had to wait for permission from the health authorities so we now will be racing every fortnight to make up for lost time and today the weather condition was ideal with winds gusting up to 14 and at times 15 knots. We also saw a few new sailors which is quite encouraging,” the SYA chairman related to Sports NATION. 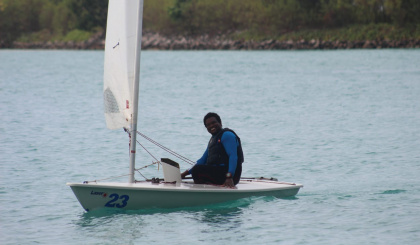