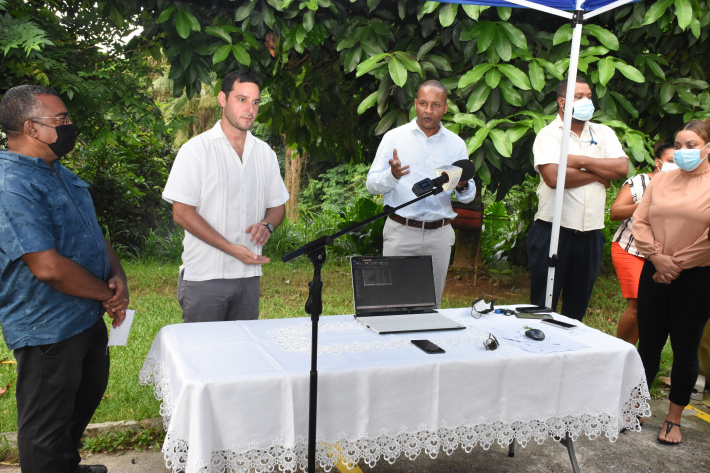 The ceremony to introduce the new sewerage concept to residents

Following years of challenges in regards to the sewerage system at the Kan Tobruk Housing Estate, the Property Management Corporation which administers the property has come up with a new concept with the aim of alleviating the issue which has affected the residents over the past years.

Following the failure of the housing estate’s sewerage system, the Property Management Corporation (PMC) has been carrying out a weekly pumping routine to avoid environmental pollution, as well as human exposures which can lead to harmful microorganisms such as bacteria, viruses and protozoa which can result in illnesses such as gastroenteritis, among many others.

As a long-term solution to the problem, the PMC in collaboration with Seychellois consultant Ernesto Lionet has come up with a new concept, namely the ECOROCK treatment unit, a system which functions as a two-stage treatment plant which can cater for 6 to 30 persons application.

The raw sewage first enters a primary tank to provide pre-separation and initial breakdown of organic solids, before the wastewater then passes through an effluent filter before discharging into the BIOROCK unit itself which incorporates the aerobic filtration process.

The primary tank then clarifies the raw sewage by dividing fats, oils, greases and organic solids, prior to passing through an effluent filter, before discharging into the BIOROCK reactor.

The Bioreactor purifies further the pre-treated wastewater with a biological process.

To naturally treat the wastewater, the systems use our unique BIOROCK Media, an exclusive and very efficient carrier material for bacteria.

Depending on the ground type, effluent will be discharged by gravity, or by a pump.

Built with ECOROCK-5010 treatment units installed in parallel, MULTIROCK is a modular system that offers the best purification results while being easy to install.

It has been specifically designed to facilitate high-capacity sewage disposal for communities with 30+ persons.

To introduce the new system, a special meeting with the residents took place on Monday where they were familiarised to the new concepts and its long-term benefits.

Deputy chief executive of PMC, Steve Mussard, Mr Lionet and member of the National Assembly for Mont Fleuri, Michel Roucou, were among those present at the meeting, answering various questions and queries from the residents.

Mr Mussard explained that since two years ago, the sewerage system for both phases of the housing estate have been giving problems, costing the company a lot of money, in terms of pumping routine on a regular basis.

He said a research was carried out on the best possible solution to deal with the situation and in terms of long-term effectiveness, especially in terms of maintenance, they came across ECOROCK which is biological and also well appropriate for a housing estate.

Mr Mussard also explained that based on the outcome of the project – which he said will definitely be a success – PMC will look into the possibility of introducing to all its housing estates encountering sewerage issues.

He said the system is almost maintenance-free, except for a specific filter which needs changing every eight months at a cost of R800 to R1000. 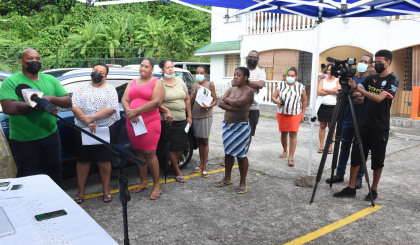 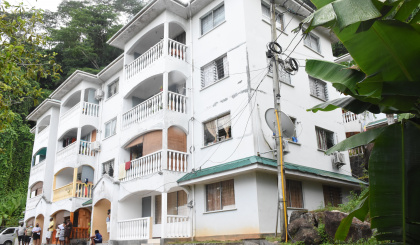 A partial view of the Kan Tobruk Housing Estate 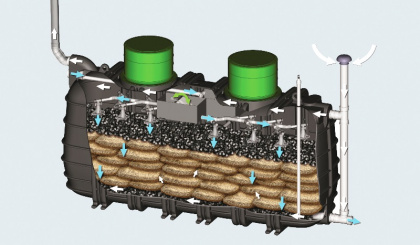 A prototype of the ECOROCK treatment unit