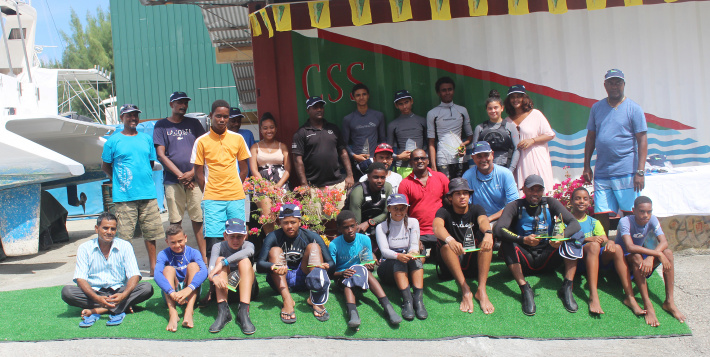 Ryan Alcindor was the overall winner of the annual Cascade Slipway Championship raced on Saturday at Providence.

In the prize-giving ceremony, Seychelles Yachting Association chairman Alain Alcindor thanked the sponsor through Gerard Lafortune who has been a faithful sponsor of the championship.

Alcindor triumphed in the 4.7 category where he won two out of the three races and was declared the overall winner of the Laser Open category in the absence of Sportsman of the Year Rodney Govinden.

Alcindor told Sports NATION that he just came to take part in this final competition where he was not expecting to do as well as he did. “I have not been participating regularly this season so I decided to compete in this final race and honestly I was not expecting to win. Therefore, I am very pleased to come out victorious and to conclude the season on a good note.”

Dean Mathiot was second in the 4.7 category and Tim Figaro was third.

Top lady sailor Alison Hoareau also made her comeback to the seas after a two-year break and she said she was surprised by her performance where she was the best lady sailor in the races on Saturday and fourth overall place in the 4.7 category.

“I decided to return to racing after a break and I was not thinking of doing well but as there was a lack of competitors, I performed quite well though I was lacking some fitness but the wind was in my favour and I’m satisfied with my performance,” revealed Hoareau.

Luca Marzocchi continued his domination of the Optimist class as he won all three races to win this competition where Odysius Melanie was second with three runner-up finishes, while Laurant Contoret was third with three third place finishes.

Marzocchi was happy to win this competition. “The races went well for me today (Saturday) and the wind was good, so I’m generally happy with my performance,” explained Marzocchi.

Kenny Constance claimed the radial category competition where he won all three races whereas Loïc D’Offay was second overall.

Constance was pleased with his showing. “It was not too bad as the condition was quite fine though at times the wind shifted and it was generally to my advantage,” stated Constance. 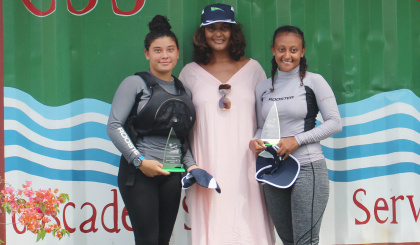 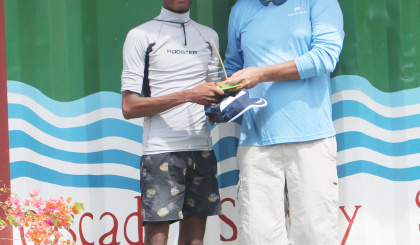